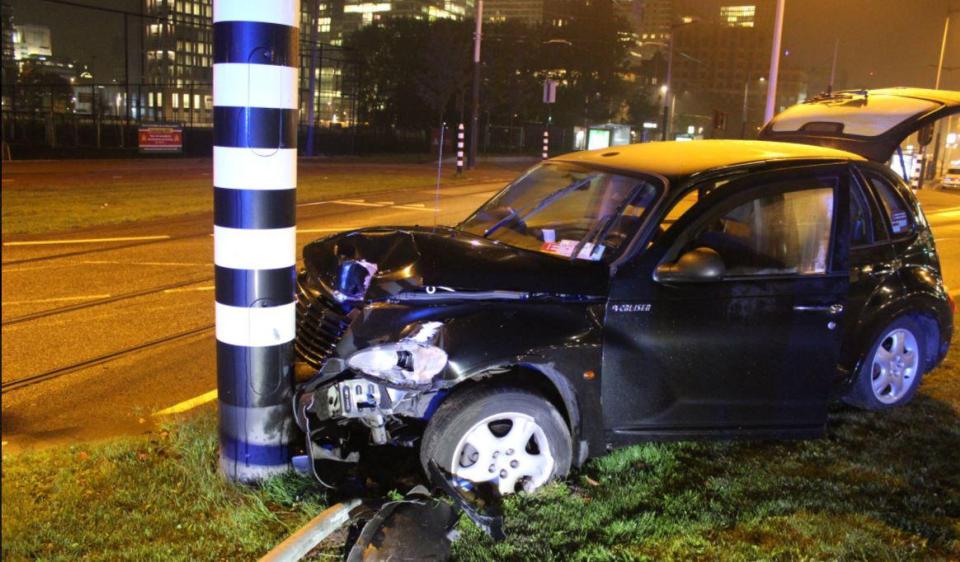 The Euro NCAP test video from 2002 shows the sort of impact the £50million-rated Aguero would’ve gone through during the crash.

The generation of Chrysler PT Cruiser that smashed into a pole in Amsterdam had been rated as a risk to both drivers and passengers by experts.

Chest, upper and lower leg injuries, feet and knee injuries were all listed in the damning Euro NCAP report from 2002.

The imbalance between the front and side test results is a concern to Euro NCAP.Neither the driver nor the passenger were well protected.

The three star rating from 2002, when the American-built car was released, was one of the worst of its era.

The five door MPV also scored badly for pedestrian safety, in the tests conducted on all new vehicles, with the bonnet regarded as “unforgiving”.

Part of the reason the PT Cruiser scored worst than rivals was because it was designed for the US market where safety tests are different.

Aguero was riding in the taxi as a passenger when it collided with a post on the way home from a concert in Holland.

The 29-year-old Argentinian ace was saved by his seatbelt when the crash happened on the way back to the airport.

The Manchester City striker is being treated for broken ribs and the injuries are expected to keep him out of action for around two months.