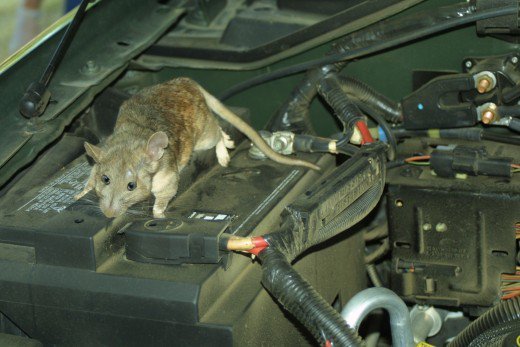 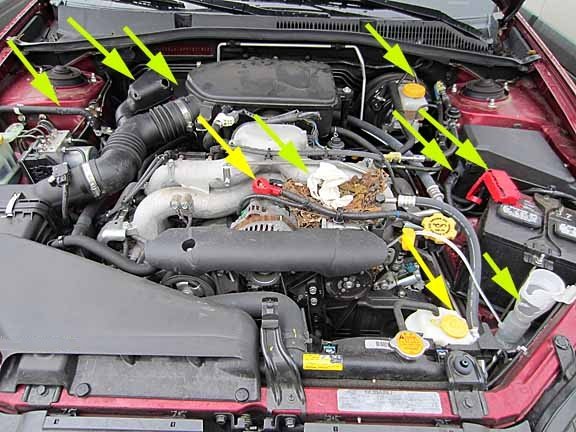 Most cars are parked near footpaths or in basement parkings that are close to drains/gutters.Drains harbor entire rat colonies and in the rains,or when it’s breeding time,rats prefer warm and cozy spots like the engine bay of a car to a damp drain.

Rodents are everywhere,and some are likely to invade your vehicle and do some damages.They can find your car,decide it is a safe place to make a nest and a handy site to store food.If you can discourage them,you may win the battle.

Getting into the cabin is actually a matter of luck,even for the rat.Most cabins are well-insulated,but there are spots like the fresh-air vent of the AC or the rubber grommets on floor-mounted pedals that can let rats in. Sometimes a rat will simply walk in when you’re not looking and have your door open.

What damage can rats do?
Rats can do a lot of damage.They love chewing things and cars with plenty of wires offer a lot to chew on.In the engine bay,they bite hoses,belts,wires,bulb holders,rubber inserts,felt linings,fasteners and the like. Some rats,once inside,can’t get out,as the AC fresh air vent from which it entered may have closed.
Some of these parts can’t be replaced individually and would involve changing a whole unit.Cut wirings can result in blown fuses and short circuits,and the damage can be very expensive.They also urinate and defecate in their hideouts,which can also add to the foul smell in the car.

Here are some successful measures rat damage victims have tried,especially in combination.Multiple lines of defense seem to work best

2)Block small entrances to the engine compartment with wire screen.Some car owners place traps around the vehicle or on top of the wheels,since rats climb wheels to get into the engine.

3)Remove food sources and clear all foodstuffs near and also from your car so the rats won’t be tempted to turn your car into a warehouse.

4)Remove or seal off rat hiding places near the car.If you have a garage,block rat-sized entrances to the building,or spray them with substances or solutions that rats hate.

5)Stroll around the vehicle with your dog or cat.Rats dislike their smell.Cats can be released in the evening time to scare away the rats.

6)Tobacco leaf can be placed inside the bonnet where ever possible.You may have to change them every 20 days or so.

6)Hot pepper can be put around the area where the rats are living or near the wires you find they are chewing up wiring.

7)Get some wire mesh to seal off fresh-air vents to the cabin,if your car does not have it.

8)Avoid putting rat poison inside car,as most probably the rats in their agony will get into the various tubes(mostly AC ducts)and might die inside,causing lots of problems.You will detect them only after you have a very bad smell of their dead body.

Tackling a rat attack
Rats leave their marks,like most animals,by urinating at many places,specifically those which are difficult to clean.Scrub every hose, every wire,every inch of your engine bay squeaky clean.Else,their urine,which is neutral to human nose,will keep on attracting them,in bigger and bigger numbers.

What other ways do you suggest?