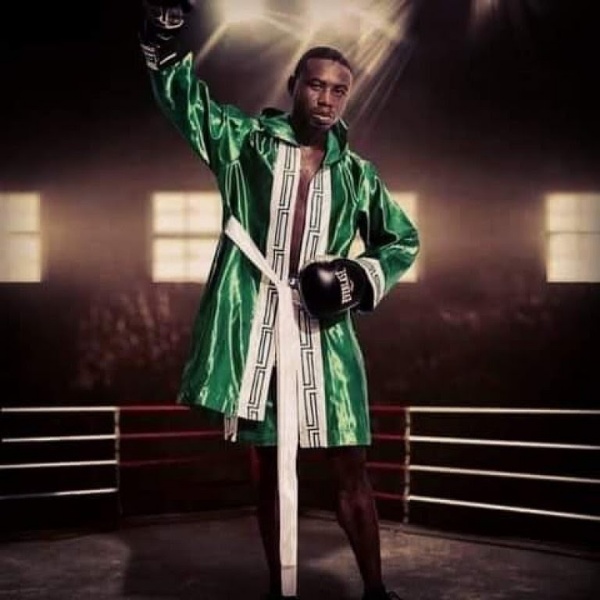 “The Scorpion” was crowned the new WBF Super Featherweight Champion on December 27, 2020, after defeating Argentine fighter, Lucas Montessori, in Ibadan.

The presentation of the car to Oyekola took place at the premises of the Nigeria Television Authority (NTA) in Ibadan. 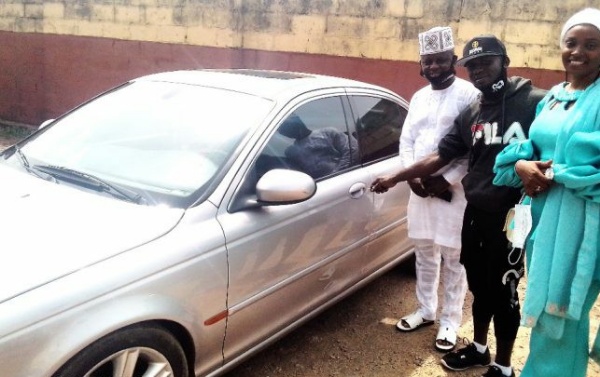 According to the Champ’s die-hard fan, the car gift is a way to encourage the boxer to do more. Adekunle said his action is in fulfillment of the promise made to the boxer before his bout in December. 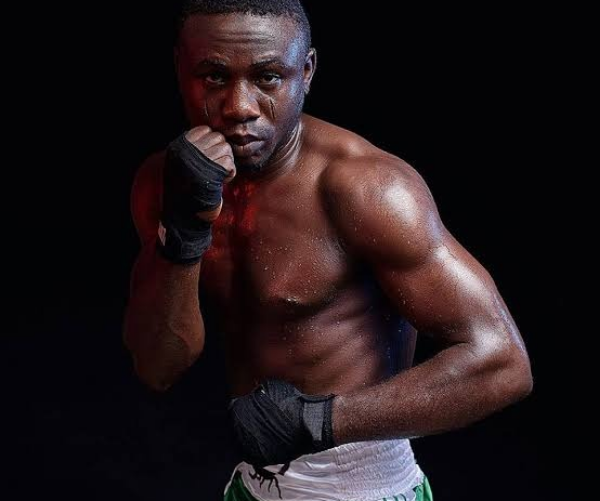 He said that nothing was too much to appreciate the wonderful feat the boxer achieved for Nigeria.

“Sports has become a big-time-money-spinning venture globally. All over the world we can see the financial landmark all of them are bringing from Africa to Europe.

“But it seems we’re yet to come to terms with this fact. I believe we can easily get there if we keep encouraging our athletes this way and hope they will keep doing better,” he said.

Adekunle advised the Federal Government to identify sports as an income generator. He noted that several other countries make huge incomes from sports.

“I want to use this medium to advise the Federal Government to identify sports as another income earner.

“It is unbelievable that the UK posted that it made one billion pounds as foreign exchange income from football alone.

“We can imagine what we will get in return if we develop and encourage our sports men and women by building facilities to enhance their preparations.”

Dr Rafiu Ladipo, the President, Nigeria Boxing Board of Control (NBBofC) expressed gratitude for the gesture. He thanked the donor for his valuable contribution to the success of the sport of boxing.

“Boxing can only get better if we see good people like the donor, Mr Adekunle and Chief Dotun Sanusi, the Chairman of Ilaji Resorts, coming into this game.

“Definitely, this gesture will go a long way in motivating other boxers and raising the hope for boxing in Nigeria. They need not travel abroad before they can make it,” he said.

NAN recalls that Ladipo had supported the hosting of the bout at Ilaji Sports Resort in Ibadan with N10 million.

The presentation was witnessed by the Secretary of the Nigerian Boxing Board of NBB of C, Remi Aboderin. Present also was the NBB Chairman in Oyo State, Gbenga Opaleye.

Others were Olusola Ayodele, the Chief Executive of Core Afrique Promotions, as well as Edna and Faith Ayegbeni. Also, in attendance were both daughters of late Ibadan-based boxing promoter, Francis Ayegbeni.