In Nigeria, the auto-rickshaw is popularly referred to as Keke NAPEP (Keke: Yoruba for “bicycle”). This type of tricycle is a common form of transportation in most major towns in Nigeria.

Colonel Buba Marwa (rtd.), a former military administrator of Lagos State, first introduced tricycles into Nigeria. This was in the late 1990s. This was during the military regime of General Sani Abacha.

The name was later changed to ‘Keke NAPEP’ during the administration of President Olusegun Obasanjo. This was when the National Agency for Poverty Eradication Programme (NAPEP) imported a large quantity of tricycles as a poverty alleviation scheme.

Today, Keke NAPEP is a prominent feature of most cities and towns around Nigeria.

Keke NAPEP is a regulated means of transportation in some states. For instance, in Lagos, it is prohibited from plying highways.

Bajaj Auto of Pune, India is the world’s largest manufacturer of auto rickshaws.

Now, which of these Nigerian celebrities rocked the Keke NAPEP best? 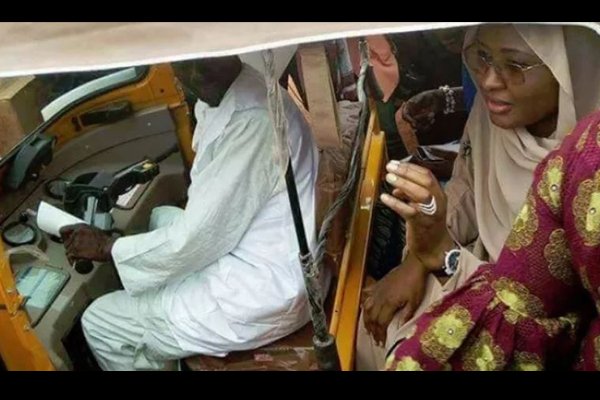 Related Post: All You Need To Know About Keke NAPEP Business’ Profitability

You’re Not A Nigerian Superstar, Until This Happens (PHOTOS)

These Armoured Vehicles Where Manufactured By Nigerian Company PROFORCE (PHOTOS)