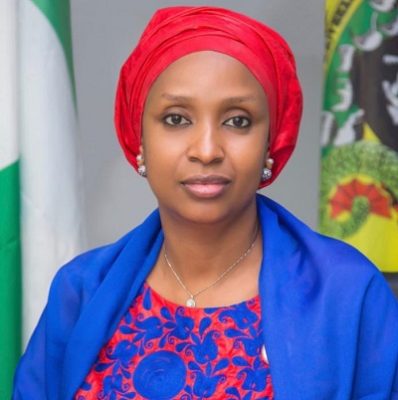 Hadiza Bala Usman is the Managing Director of Nigerian Ports Authority (NPA); she spoke about the Apapa gridlock. She said that truck queue and traffic congestion in Apapa will not reduce unless there is a concerted effort by concerned authorities to provide trailer parks.

She said this on a radio programme in Lagos. The Managing Director expressed displeasure over the delay in the commissioning of the Tin Can Island trailer park ten years after the Federal Ministry of Works, Power and Housing took over the project.

“I have held discussions with the Ministry since I assumed office two and half years ago and made a request that they should hand over that trailer park to the Nigerian Ports Authority so that we can conclude the shore protection and have it ready since December 2017 yet we are still here, it has not been finished, it has not been handed over. The traffic situation in Apapa will not reduce unless there is a concerted effort in providing trailer parks.”

Usman said the construction of more truck parks outside the port environment will go a long way in decongesting the Lagos ports access roads.

“The gridlock in Apapa has been lingering for too long. The Nigerian port in the last three weeks withdrew the lease for Lilypond as a terminal and converted it into a trailer park. I would also call on the Lagos and Ogun State governments to look at land allocations and cancel them for overriding public interest and make them trailer parks outside of the port environment where those trailers can sit.

“We must have trailer parks and holding bays for trucks to enable us manage the traffic. We can’t have a situation where all trailers do not have designated parks.

“You must have as a state and local government, designated locations for trailers to park. NPA intends to now have call-up systems that will be deployed in these trailer parks.

“Lilypond is a transit park into the port but we need to have a large size trailer park that will house the trailers on the roads. It is a big challenge that we have and we will continue to see what we can do to decongest the bridges to ensure seamless inflow and outflow,” she stated.

She also lamented the absence of functional scanners and single window platform in cargo clearance at the port, saying that physical examination of cargo at the port hampers efficient cargo delivery.

“One of the concerns we have is that when cargo comes into the port, we do physical examination. There is absence of scanners at the port and the Customs have not deployed the scanners that are required.

“An additional tool we need to deploy for trade facilitation is the single window. That is also another issue that ports in neighbouring countries have, so cargo clearance is fast and seamless. If you deploy single window, every agency will now key in there.

“No agency is supposed to stop any cargo once they have done examination inside the port but we have seen where Customs insist on having another examination outside the port. These are some of the challenges we are facing on the ease of doing business,” she added.

What are the things you suggest to be done to help decongest the Apapa gridlock?

Related Topics:apapaAuthoritydirectorgridlockhadiza-usmanislandMDNPAporttin can.
Up Next

11 Interesting Facts About Windscreens You Should Know