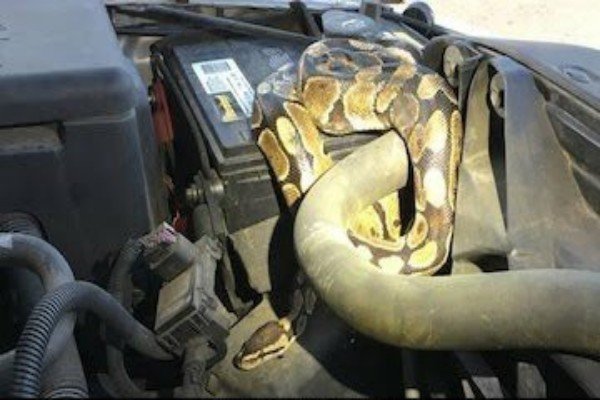 A Wisconsin woman in US decided to park when she noticed her SUV was running strangely.

When she opened the bonnet , she was shocked to find a giant python 🐍 in the engine compartment.

The giant snake managed to knock the serpentine belt off (it provides power for the Power steering, Air conditioning, Water pump, Alternator) which explains why the SUV was not running properly. 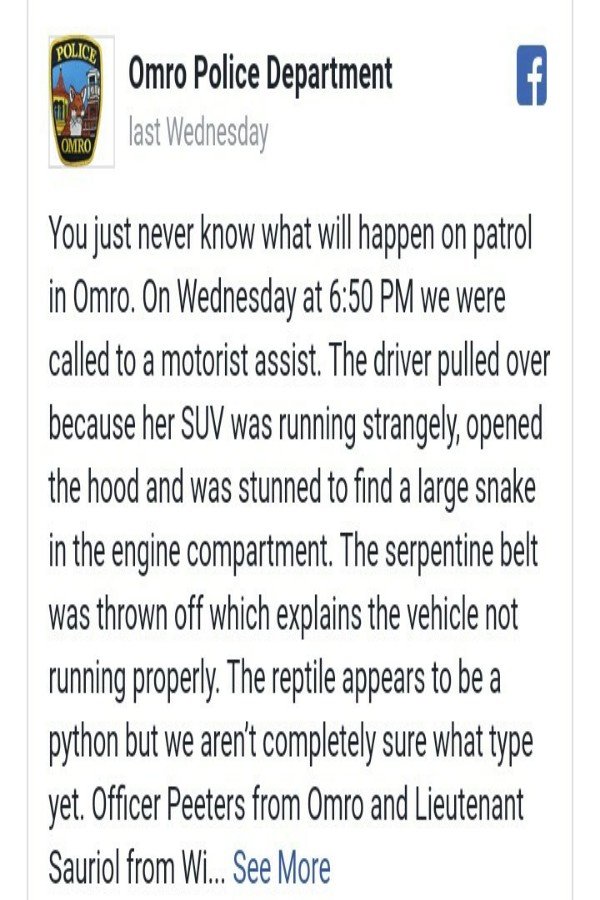 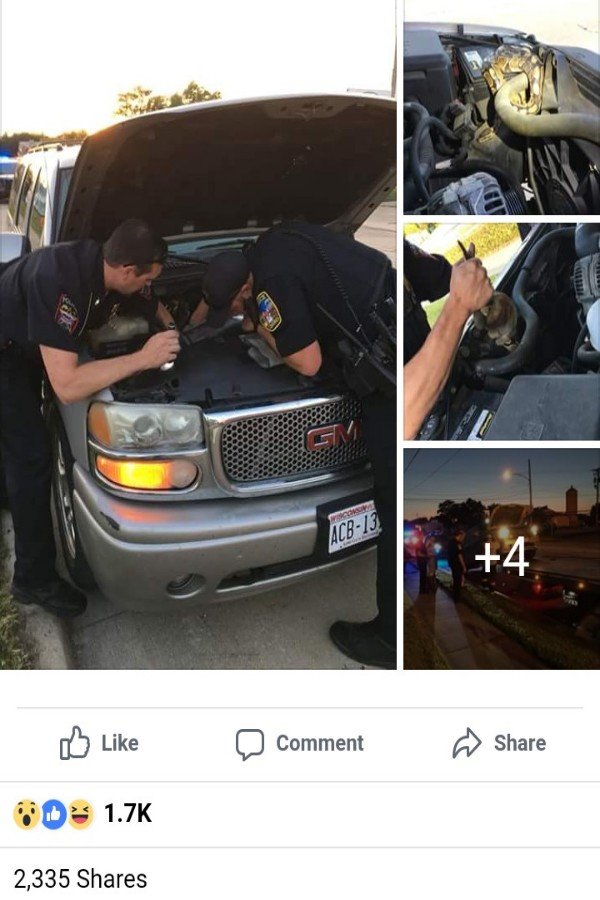 The two policemen that came to help her had to seek the assistance of a local snake catcher when their efforts to remove the large snake was not successful.

The local snake expert, who also provide rescue and adoption services for snakes , later removed the python from the engine compartment.

So next time you end up packing near a bush or a snake infested area, remember to roll your side windows up.

Also check the engine compartments and inside the car before driving off .

Tips To Prevent Snakes From Entering Your Car