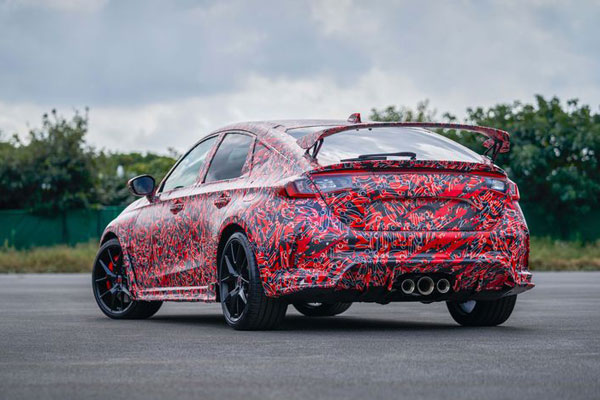 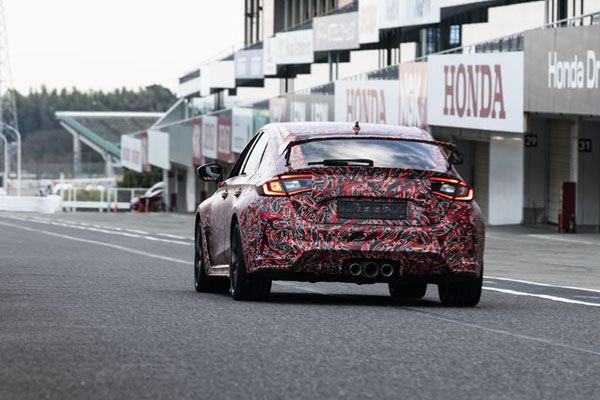 Honda shared photos of a prototype model covered in camouflage, giving us our first official look at the new Civic Type R.

It’s a pretty revealing look at the latest hot hatchback, which looks far better than its predecessor. However, it retains its aggressive stance thanks to a body kit, a large wing on the back, and a serious wheel and tire package.

Honda isn’t disclosing many technical details at this time, but we expect the new model to use the same turbocharged 2.0-liter inline-four as the outgoing model, likely tuned to produce slightly more than the current 306 horsepower and 295 pound-feet.

Honda has already confirmed that a six-speed manual transmission will be available, though a dual-clutch automatic transmission may join the lineup as an option.

More information should be available soon, as Honda has stated that the Type R will be revealed in its entirety sometime next year.

Honda has announced that its distinctively camouflaged next-generation Civic Type R prototype will be on display at the Tokyo Auto Salon in mid-January.