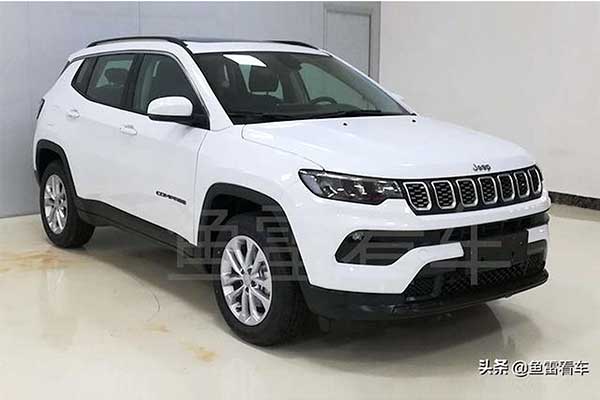 One of Jeep’s smallest SUV the Compass has been leaked ahead of its next year launch in China. The images were gotten from a Chinese website and it showcased that its a refreshed model rather than a model change. The 2022 Compass has been seen testing but the leak surprised everyone. Well, it will be unveiled at the Guangzhou International Automobile Exhibition in China later this month.

From the photos, the 2022 Jeep Compass looks like the current version upfront, although there are some key differences. For starters, the grille, which looks the same in a square area, appears to have a bit more curvature than before. The headlights have been narrowed significantly and given more aggressive angular cutouts where they meet with the edges of the grille. Most obviously, the biggest changes are the new black insert further down on the grille, which ties the fog lamps together on either side. On the rear, the difference is slight and are difficult to spot, aside from that, it’s literally the same.

The Trailhawk edition (also seen) has more black cladding plus a new matte black hood graphic with a striking red stripe offset to one side. The alloy wheels appear to be new, too, although they look remarkably similar to the ones on the Jeep Renegade Trailhawk. Although the interior wasn’t leaked but expect it to be similar to the current model with the inclusion of a new 10-inch Uconnect infotainment screen. 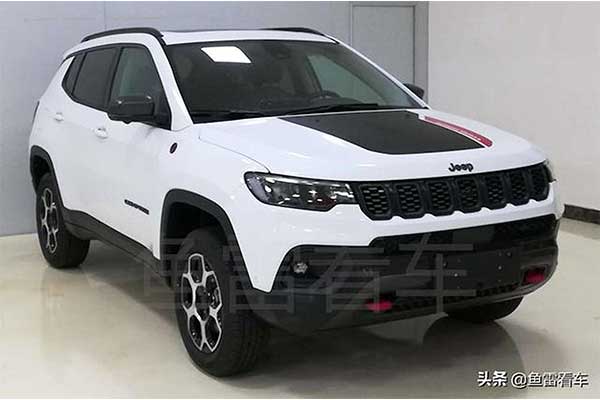 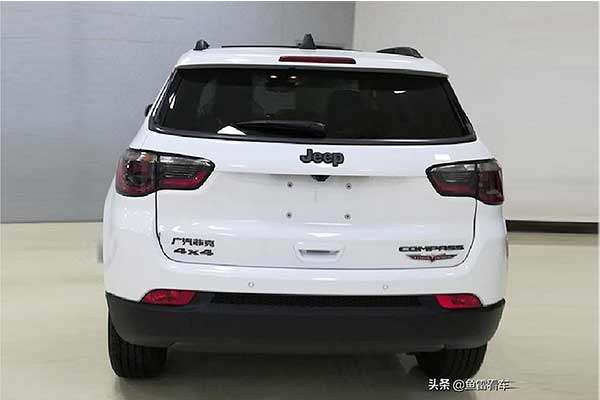