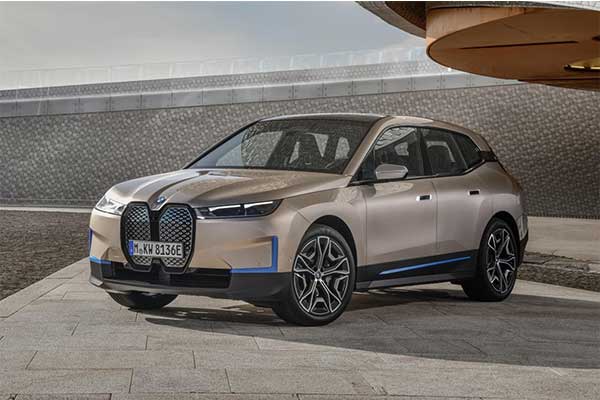 After a long while, the wait is finally over as BMW has launched its full-electric SUV called the iX for the 2022 model year. When it was teased, it was known as the iNext but BMW decided to change it to the iX to make the name relatable to their SUVs. The iX electric SUV has the same dimensions as the X5 so it is tilting towards the luxury side. BMW says the design of the iX has been developed from the inside out, with the main goal being “to provide quality of life and wellbeing for drivers and passengers.”

The iX was unveiled today at a special event in Germany organised by the carmaker (#NEXTGen online event). They showcased what the electric SUV is made of and what to expect when it eventually hit the showroom. For starters, the iX is constructed using the manufacturer’s latest Carbon Cage structure. This pairs carbon fibre reinforced plastic with an aluminium spaceframe for high levels of torsional rigidity and weight reduction. Its looks may not be the prettiest as it features the massive closed-off kidney grille that houses the camera technology. Other highlights include the flared wheel arches, “interrupted” D-pillars, flush door handles, frameless side windows, and slim horizontal LED lights. Another interesting detail is the tailgate which has no separation joints and extends across the whole of the rear. 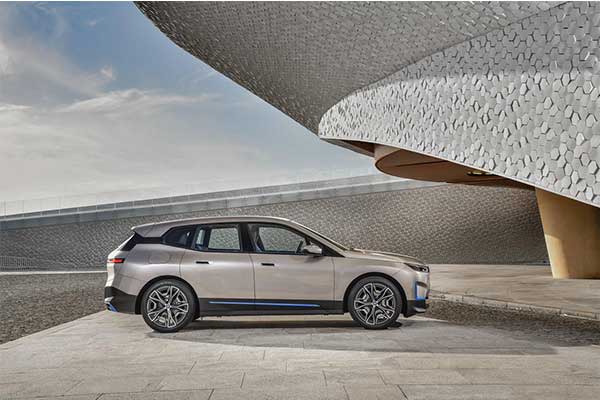 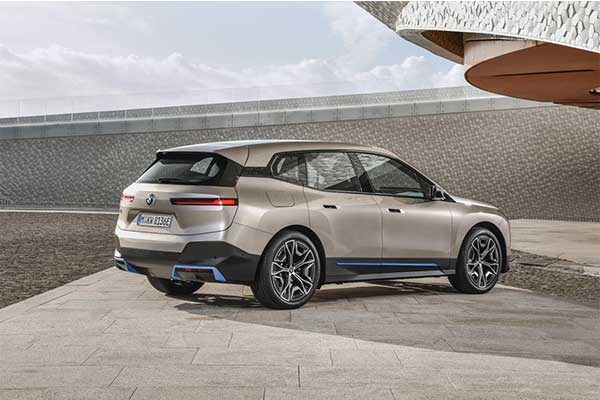 On the interior, the iX combines the spaciousness afforded by an all-electric platform with a new approach. BMW describes as feeling like “aloft on wheels”, with cosy seating and minimalistic design elements. The climate control vents are integrated into the dash creases, while a single curved panoramic screen spans from the centre of the dash to behind the steering wheel to double up as both infotainment and instrumentation. The iX is the 1st SUV to feature a standby 5g connectivity. The iX will be given a host of autonomous driving abilities, including automated driving and parking functionality.

The power has been revealed to produce more than 496hp. According to BMW, that will be enough to power the BMW iX from 0 to 62mph in under 5.0 seconds. The motors are powered by a battery with a gross energy content of more than 100 kWh. The pack should enable a range of over 600 km in the WLTP cycle of more than 300 miles according to the EPA’s FTP-75 test procedure. 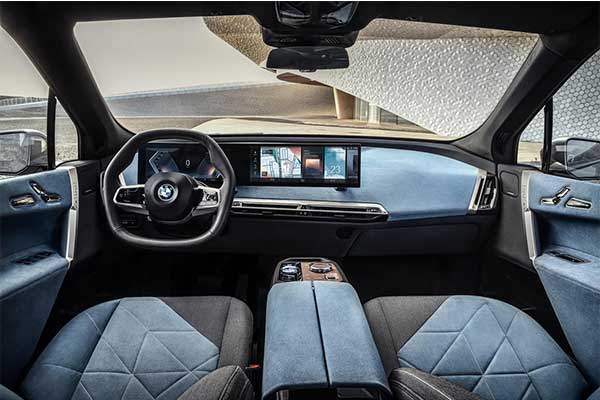 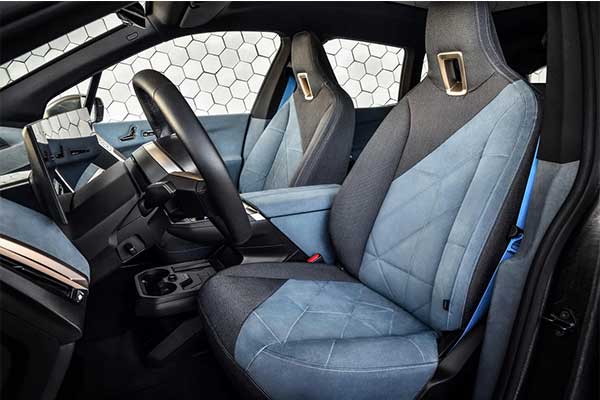 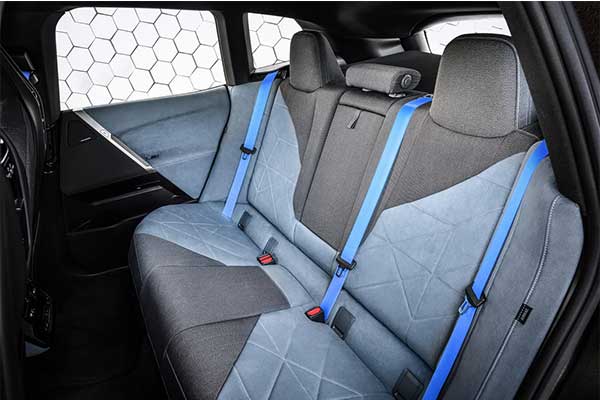