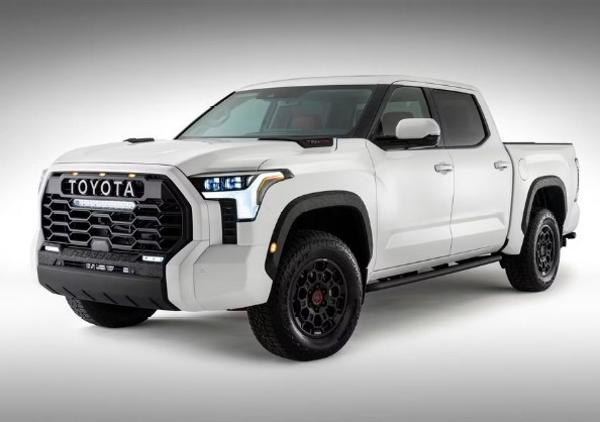 The new new-generation Tundra will compete with Ford F-Series, Chevrolet Silverado, and Ram 1500. 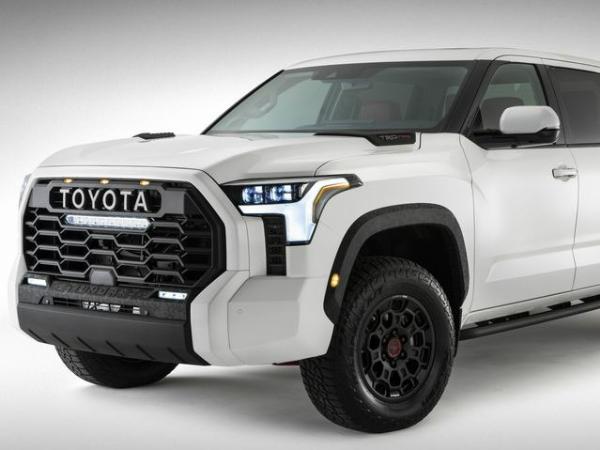 “Some people don’t know how to keep a secret,”

The Tundra’s first full-model-change in 14 years comes hot on the heels of the new Land Cruiser 300 series revealed last week.

Some of the features shown in the top-of-the-pile Tundra TRD Pro variant include the blacked-out wheels and guards, Falken Wildpeak AT tyres, rock rails, and a menacing grille flanked by crisp LED headlights.

When it finally arrives in the US market, the Tundra will compete with the latest version of the Ford F-Series, Chevrolet Silverado, and Ram 1500, which are three of the biggest-selling vehicles of any type in the US market.

According to reports, the Tundra may use the twin-turbocharged V6 – presumably the 305kW and 650Nm 3.5-litre petrol — that’ll be used in the land Cruiser 300 — mated to a 10-speed automatic. The outgoing Tundra rocks a thirstier 5.7-litre V8.

Toyota last week teased the market with a picture of a new Tundra engine cover. The use of blue on the lettering seems very reminiscent of its hybrid marketing colour, and a petrol-electric Tundra is expected at some point to rival the hybrid Ford F-150.

There’s no word on an electric version to tackle the F-150 Lightning, confirmed Chevy Silverado electric, the Tesla Cybertruck, or the GMC Hummer.