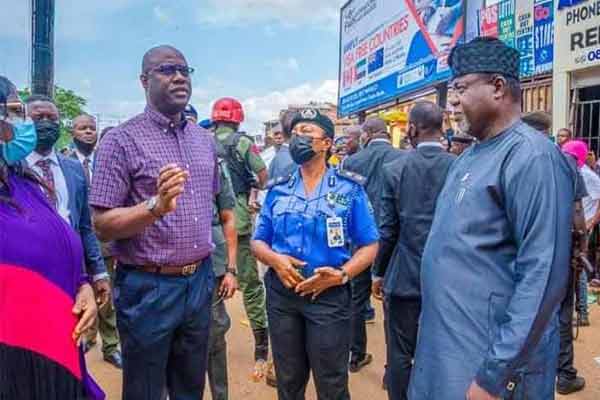 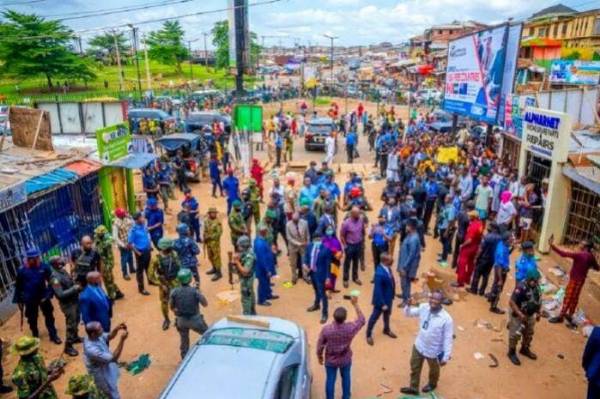 The National Union of Road Transport Workers, (NURTW) has blamed Oyo State Governor Seyi Makinde for empowering Mukaila Lamidi (aka Auxiliary) who is responsible for the Iwo Road violence that claimed a life and left many injured on Wednesday.

The union in a statement by Deputy General Secretary, Alh. Suleiman A. Musa said it was miffed by the persistent reports labelling the union with Auxilliary who Makinde appointed as the major controller of its Park Management System (PMS).

It distanced itself from him, saying Auxilliary has been expelled by NURTW since 2011.

It said Makinde has empowered him with the PMS giving him the opportunity to unleash mayhem on the good people of Oyo State.

It also pointed out that Governor Makinde had proscribed activities of the NURTW in the state since May 31, 2019.

The statement read in part:

“hence the union viewed the persistent reports linking it with the nefarious activities of the governor’s appointee as highly unacceptable and urged the Oyo State Government to do the needful and call him to order to prevent avoidable clashes resulting in wanton destruction of properties and loss of lives.”

The statement describes the NURTW as a body of law abiding individuals making a living in the transport sector stressing that it is averse to all forms of violent activities capable of putting their source of livelihood in jeopardy.

It added that the constitution of the union is very clear in dealing with identified dissidents or bad eggs like the expelled appointee of the governor whose conduct so far has justified the position of the NURTW that such elements should not be accommodated among peace-loving members.

“The NURTW appeals to the media and the general public to stop attributing the excesses of the ignoble park managers of the Oyo State Government or the nefarious undertaking of its appointed chairman to the NURTW which remains committed to promoting and sustaining the peace at all times because the breach of peace would deprive members the opportunity to make a living in the industry,” the union said.