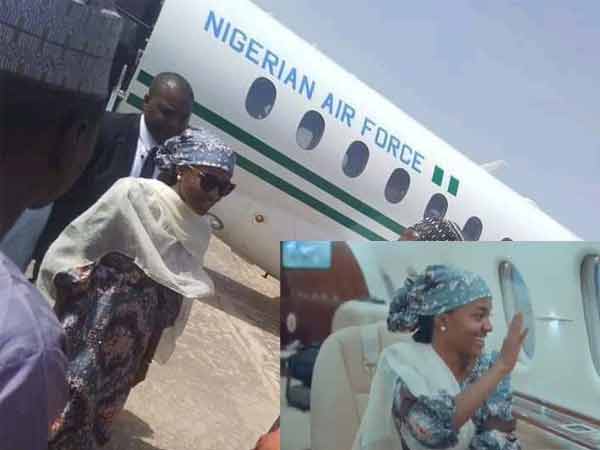 On September 12, 2020, it was discovered that South African President Cyril Ramaphosa had allowed his Minister of Defence, Nosiviwe Mapisa-Nqakula, to travel with South Africa’s Presidential Jet for an official meeting of the African National Congress.

Once this came to light, the Julius Malema led Economic Freedom Fighters pressure group, insisted that the President and his party must reimburse the national treasury for the cost of the trip, as well as suspend the Defense Minister.

In less than 48 hours, the ANC capitulated and reimbursed the national treasury, and the fate of the Defense Minister hung in the balance.

Interestingly, In Nigeria, there have been occasions where some individuals have been known to have used the Presidential Jets for non-state functions.

Below, we have listed some occasioned where individuals have alleged to have used the Presidential jets. 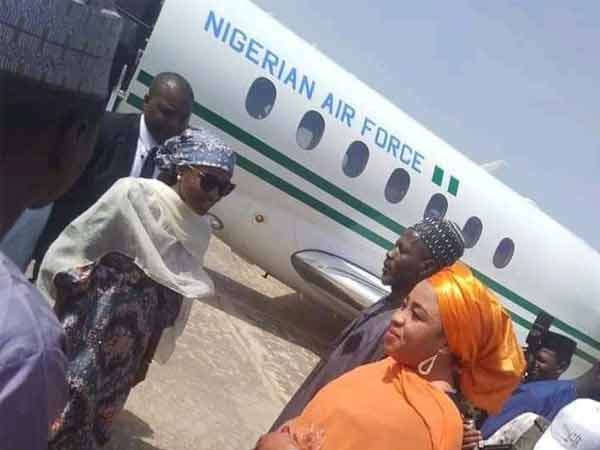 on 10 January 2020, Hanan Buhari, the president Buhari’s daughter, flew into Bauchi  for a private function.

Ms Buhari was in Bauchi on a “study tour” of Bauchi Emirate as part of her fieldwork for her Master’s programme in Photography at a UK university. It was reported  that she  was invited by the Emir of Bauchi, Rilwanu Adamu, as a special guest of honour.

Miss Hanan Buhari arrived at Sir Abubakar Tafawa Balewa International Airport, Bauchi and was received by the First Lady of Bauchi State and other government officials.

Hanan came under fire from the public for using the Presidential jet to attend to a private matter. 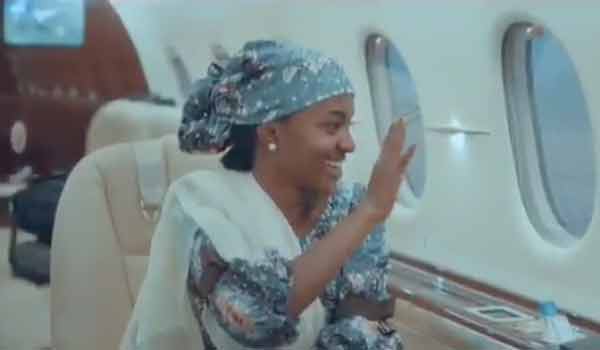 Days after Nigerians widely criticized President Buhari for allowing the use of a presidential jet by his daughter, for a private activity in Bauchi, the president’s wife, Aisha Buhari shared a video of her daughter waving to the public from the jet.

Falana said the use of aircraft in the presidential fleet by members of the first family for private events is not backed by law. 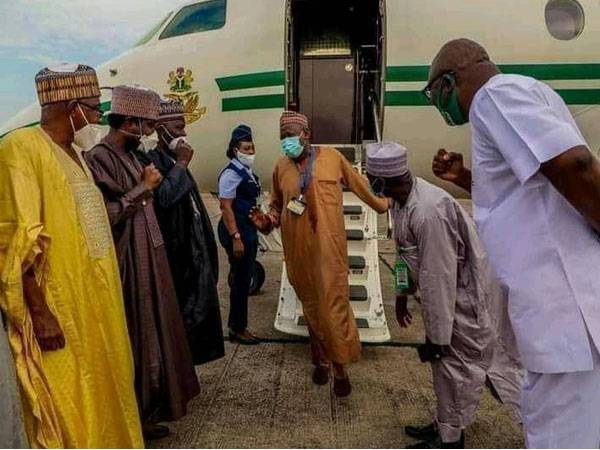 The Presidential Jet touched down at the Benin Airport around 3pm. After a brief welcome ceremony, the Governor left the airport riding in a Toyota Land Cruiser in a convoy.

Ganduje is the Chairman of the All Progressives Congress (APC) National Campaign Council for the Edo 2020 Governorship election.

However, the propriety of the use of the Presidential aircraft for a political campaign by a governor threwn up outrage on social media. 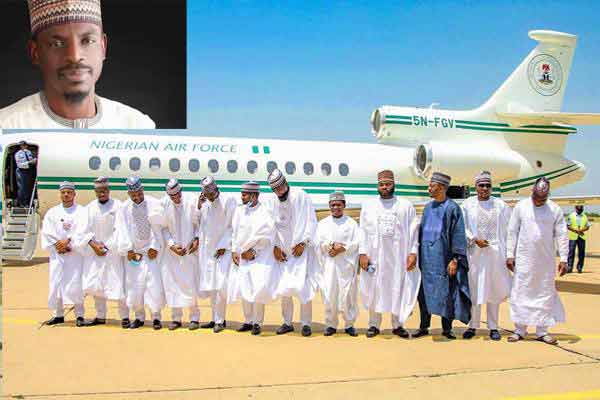 On25 September 2020, President Buhari’s assistant on New Media, Bashir Ahmad wedded in Katsina and it was alleged that the Presidential Jet used to ferry him and others in the Presidential Villa to the venue.

President Muhammadu Buhari came under fire for allegedly authorizing the use of the Presidential Jet for the wedding of his aides, Bashir Ahmad.

The Presidency denied using the jet to ferry Bashir, saying that it only flew the President’s representatives.

Reno Omokri, a former aide to ex-President Goodluck Jonathan noted that a Presidential jet is not the property of the President but of the nation, and used only in ferrying him (the President) to and fro his official functions.

“It is a significant breach of his fiduciary duties for General Buhari to give out the Presidential jet to his representatives to his Personal Assistant, Bashir Ahmed’s wedding in Katsina on Friday, September 27, 2020. This is a private event that has no bearing on Nigeria.

“And the excuse given by the Presidency that the jet did not ferry Bashir, but only flew the President’s representatives is flawed and shows that after five years in office, General Buhari still does not understand statecraft.

Bashir Ahmad has reacted to the report of him using the Presidential Jet for his wedding.

In a post he updated on his Twitter page, the media aide to President Buhari refuted the claims he flew his friends and family in the Presidential Jet to the wedding venue in Katsina state.

According to him, the photos of him and his friends with representatives of the President that went viral on social media, were taken when he went to receive the representatives at the airport.

A report by Sahara Reporters however has it that President Muhammadu Buhari released the Presidential Jet for the use of Minister of Defence, Bashir Salihi Magashi, Minister of Communication, Dr Isa Ali Pantami and GMD NNPC, Mele Kolo Kyari to attend the wedding.