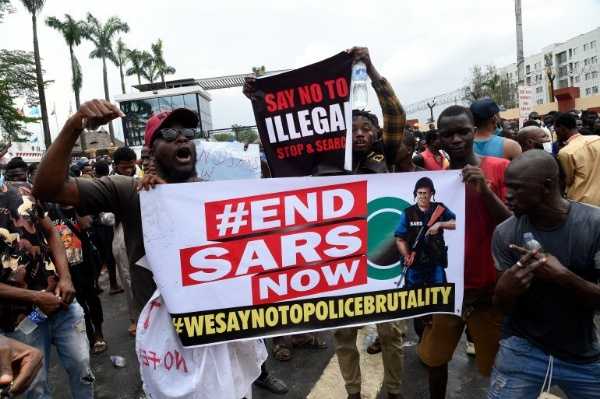 Dreaded Special Anti-Robbery Squad (SARS) has been dissolved with immediate effect, below are 5 things to know about its dissolution.

The Inspector-General of Police, Mohammed Adamu, has announced the dissolution of the Special Anti-Robbery Squad (SARS) with immediate effect.

The IGP Mohammed Adamu made this announcement on Sunday afternoon during a press conference at the force headquarters in Abuja.

He added that all officers in the disbanded and dreadful special unit would be redeployed to other police commands.

The dissolution comes in the wake of the nationwide #EndSARS peaceful protests over the brutality that has become endemic to operatives of the SARS/F-SARS arm of the Nigerian police force.

The F-SARS or SARS, a police unit founded in 1992 in a bid to combat robbery, has been accused of extortion; intimidation; harassment and murder of many young Nigerians. 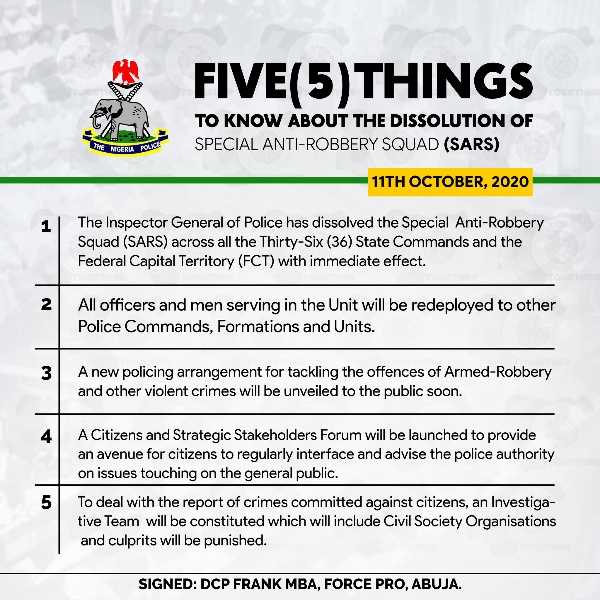 1) The Inspector-General of Police has dissolved the Special Anti Robbery Squad (SARS or FSARS) across all Thirty Six (36) State Command and the Federal Capital Territory (FCT) with immediate effect.

2) All officers and men serving in the Unit would be redeployed to other police Commands, Formations and Units.

3) A new policing arrangements for tackling the offences of Armed-Robbery and other violent crimes will be unveiled to the public soon.

4) A Citizens and Strategic Stakeholders Forum will be launched to provide an avenue for citizens to regularly interface and advice the police authority on issues touching on the public.

5) To deal with report of crimes committed against citizens, an Investigative Team will be constituted which will include Civil Society Organisations and the culprits will be punished.