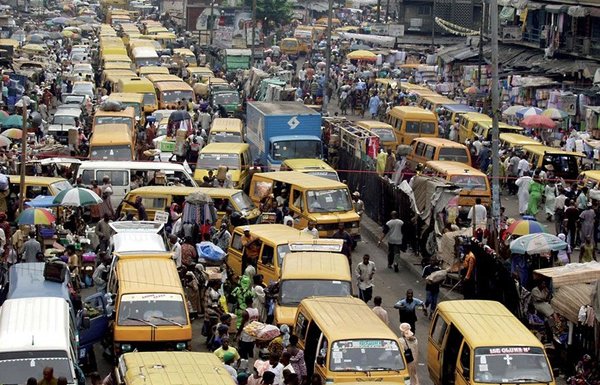 So you have finally decided to come to Lagos , the New York of Nigeria

Whether you believe it or not there are new-comers being off-loaded into Lagos every single day.

You don’t have a car ?, who needs one when there are affordable yet inconvenient Danfo buses ?

1.Too Many Places With The Same Name

Just so you don’t get lost, there are so many places with the same name , e.g “CELE”,”Cement”.And even more confusing ,generic names that have been adapted over time without a prefix or suffix  like “round-about”,”under-bridge”.Make sure you find out and be sure which you are going to.

3.Don’t Even Think About Driving

So you were forming Fast and Furious 1-7 in Abuja or Ondo state for over 10 years and you want to try part 8 in Lagos .I am sorry to disappoint you ,driving in Lagos is more like Death Race.Get trained in Lagos and watch other Lagos-Experienced drivers for some months before you start driving here.

Except you know how to rush into semi-speeding buses and maneuver  between about 50 people hustling for one bus ,don’t travel during rush hours.Wait till 1pm when everybody is at work,till you learn the art of “bus hustling”,else you would be stranded at bus stops for hours.

5.Every Bus Conductor And Driver Has A Natural Anger

Except you are lucky ,every little thing upsets Lagos bus conductors and drivers ,so be safe and calm with them , at the same time don’t be too calm or else you would be taken for granted-confusing right ?,thats Lagos for you.

6.Don’t Cross Any Road That Has A Pedestrian Bridge

This issue has subsided , but its still very much effective in some areas .If you cross a road where a pedestrian bridge is present you could get arrested and placed in a mobile prison till you bail yourself or even worse end up singing Asa’s hit song for some time.

Roughly 60 percent of motorists don’t respect traffic lights in Lagos .In the eyes of Lagos drivers there is nothing like Zebra Crossing as far as you are human being and not a Z…. any way you know what I mean

Have a thing or two to add ?

Top 7 Most Powerful SUVs So Far