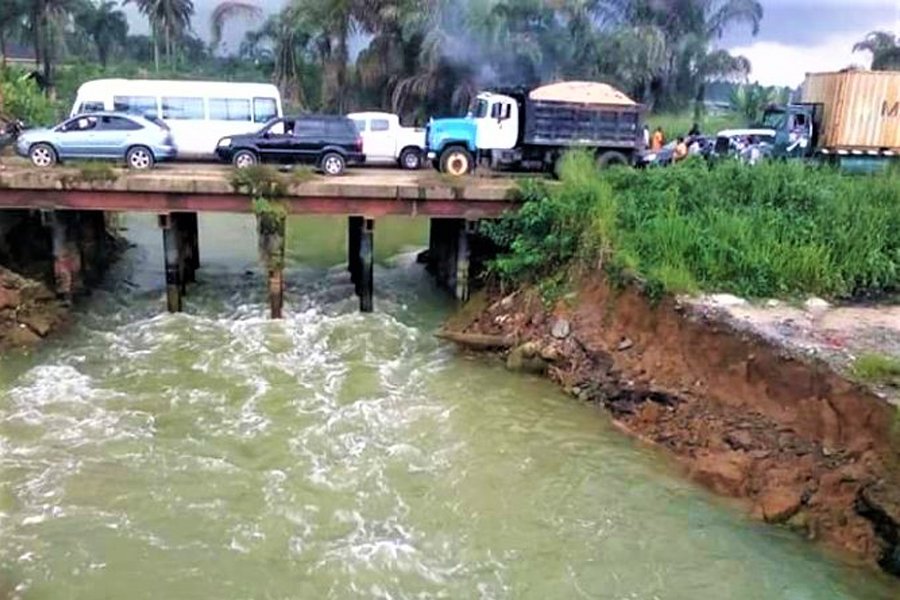 A social media user has raised an alarm about the imminent collapse of a bridge on the Aleto axis of the East-West road in Rivers State.

The bridge leads to Eleme – the location of an NNPC refinery and the Indorama Eleme Petrochemicals Limited (IEPL).

According to the social media user who goes by the handle @HWokocha, the bridge is in danger of caving in due to the stationary vehicular weight it handles due to traffic gridlocks.

Such bridges, by their design, are constructed to carry moving loads within a second. They are not built to retain loads for a prolonged period.

Recall that some days ago, a bridge collapsed at the campus of the Abubakar Tafawa Balewa University, Bauchi. The collapsed bridge reportedly claimed the lives of four students. 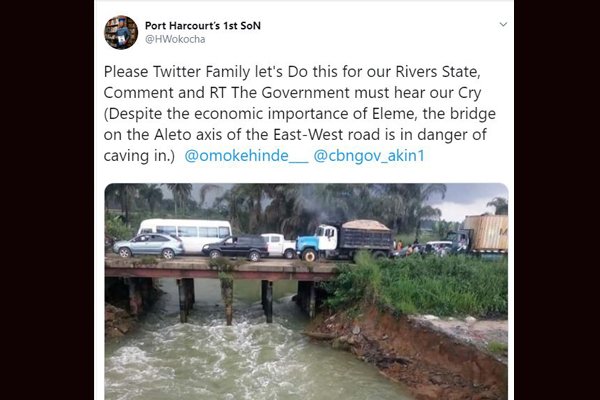 These Buses Are Not Lagos BRT Buses (See PHOTOS)