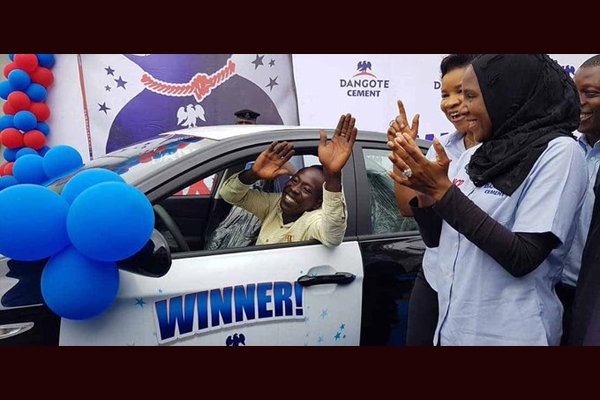 A labourer at a block moulding industry in Lagos, Mujahid Shiabu, was recently announced as the winner of a Dangote Cement consumer promotion tagged, Dangote Bag of Goodies promo.

The management of Dangote Cement officially presented the star prize of a brand new saloon car to Shiabu. 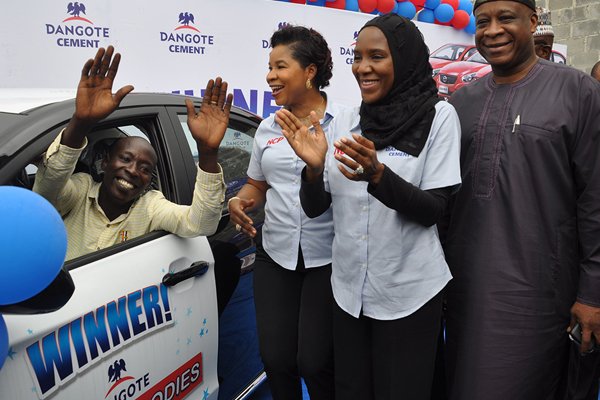 According to Shuaib, he never expected that his life would take a new turn the day he opened a bag of Dangote Cement to find a scratch card inside and upon scratching, the card revealed the picture of a brand new saloon car. He was elated and went on to redeem his prize.

He also thanked the management of Dangote cement for living up to their promise saying he never expected things would turn around for him like this.

The Dangote Bag of Goodies promo is a consumer reward promotion aimed at appreciating loyalists of the Dangote Cement brand.

Plastic Roads: The Possible End Of Pot Holes And Flood In Nigeria