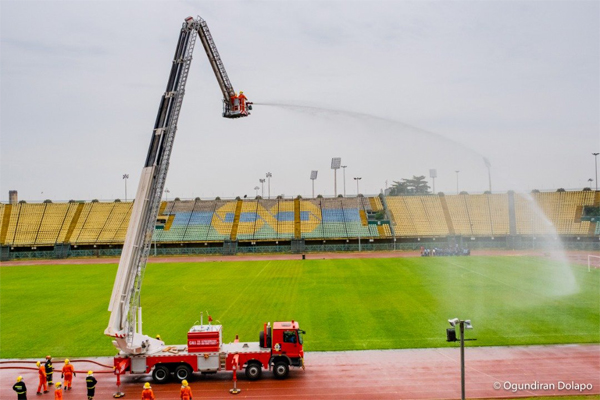 The 54 metres high truck has a capacity to reach the 18th floor of high-rise buildings. Aerial Fire Fighting Vehicle

The occasion which took place at the Teslim Balogun Stadium.

During the commissioning ceremony in Lagos State on Thursday, Aregbesola said that the new vehicle would help put an end to the challenges faced by the fire-fighters when extinguishing fire outbreak in a plethora of skyscrapers. 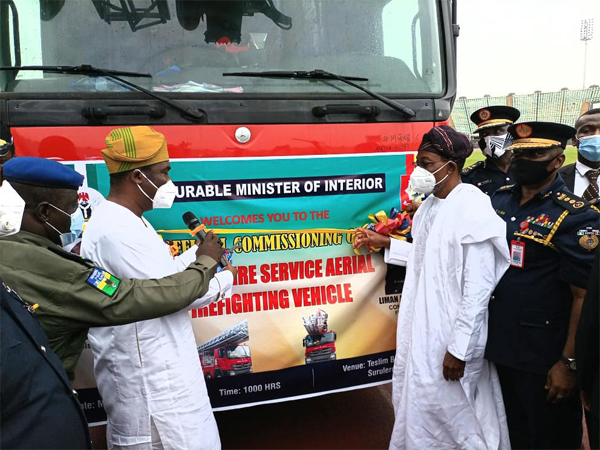 He noted that the Federal Fire Service last year responded to 3,555 distress calls during which N1.351 trillion worth of property and 1,110 human lives were saved from fire.

He added that the federal government was committed to improving on infrastructure and bringing innovations in the bid to protect lives and property and put fire under control.

The minister said that uncontrolled fires represented a serious security, economic and developmental threat and the prevalence of fire incidents in Nigeria has become a source of concern to all levels of government  thus the need for collaborative effort to check the menace.

He urged the Controller General of Federal Fire Service and his management team to put in place measures and strategies that will ensure the effective deployment and utilization of the  fire-fighting asset for optimal impact on the general public.

The occasion which took place at the Teslim Balogun Stadium Surulere.

In attendance was Deputy Governor of Lagos State, Dr. Kadri Obafemi Hamzat who represented the Executive Governor of the State Babajide Sanwo-olu at the event.

Also in attendance were senior Staff of the Federal Ministry of Interior and top Lagos state government officials. 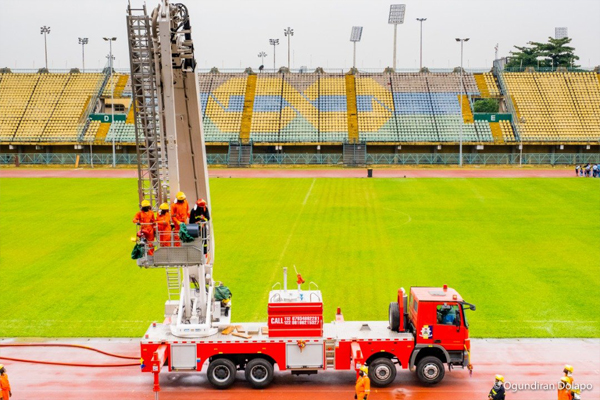 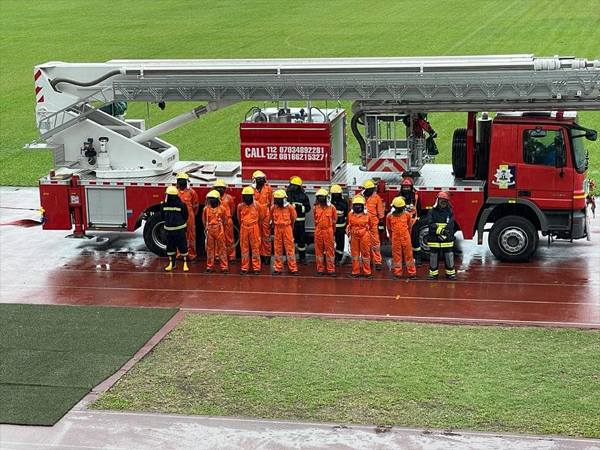 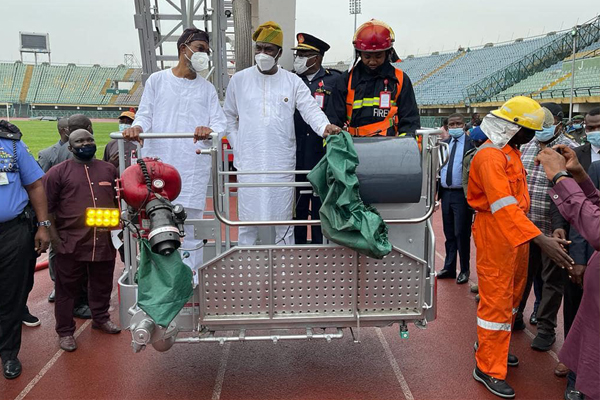 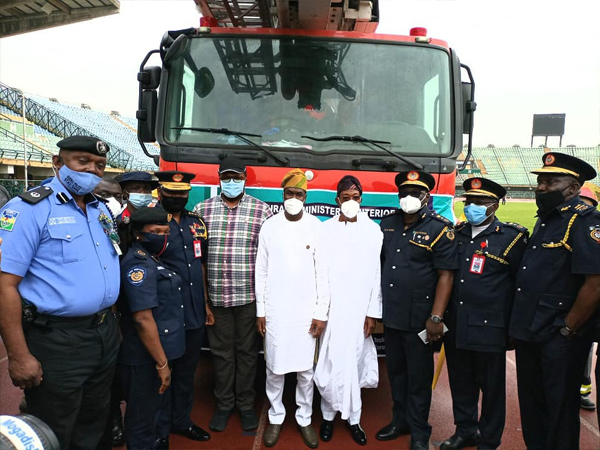 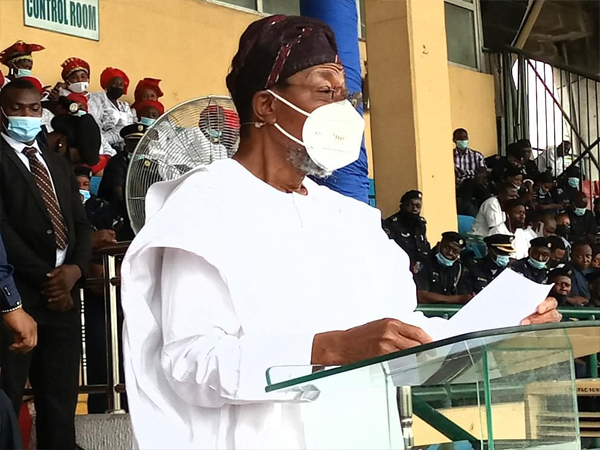 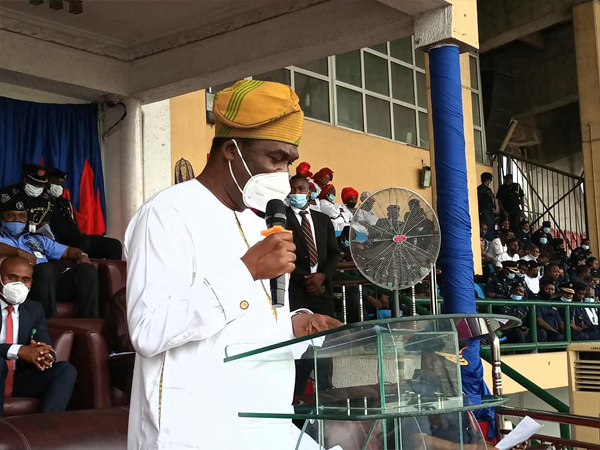