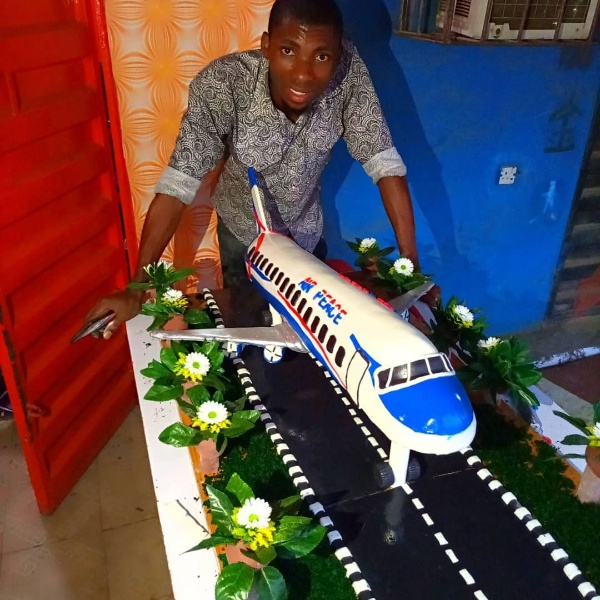 A young Nigerian, named Prince Obua, has baked a unique “plane” cake to look like one of several aircrafts in the fleet of Nigerian leading carrier, Air Peace.

While sharing pictures of the “edible” cake to Air-Peace fan club on Facebook, Obua, said ; “Air peace flight 202 Lagos to South Africa currently on board, rate my cake” 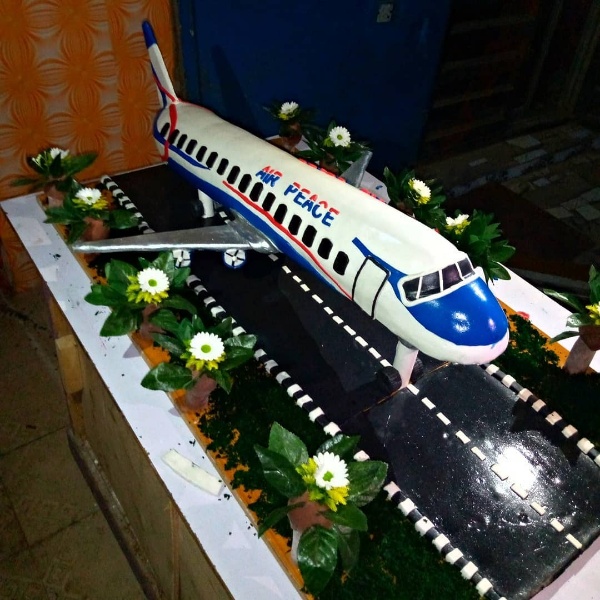 A quick visit to his Instagram handle shows his other unique cake designs, including generating sets and buildings.

This inspiring cake design comes few days after Air Peace made history as it conducted a nonstop 11-hour flight from the Murtala Muhammed International Airport, Lagos, to the Caribbean Island nation of Jamaica. 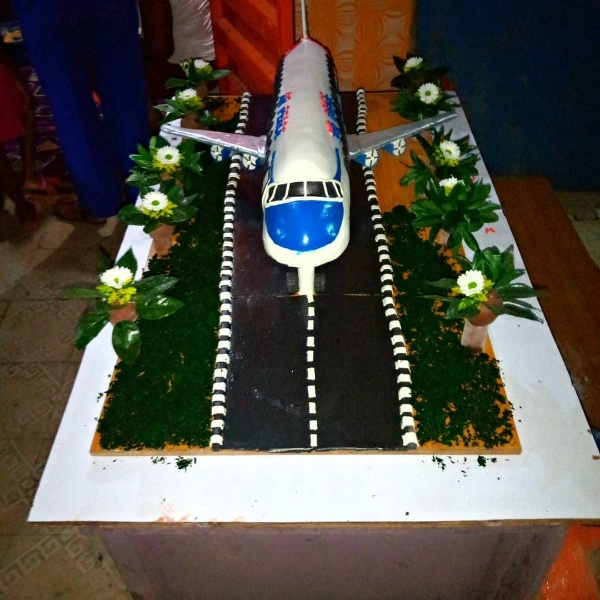 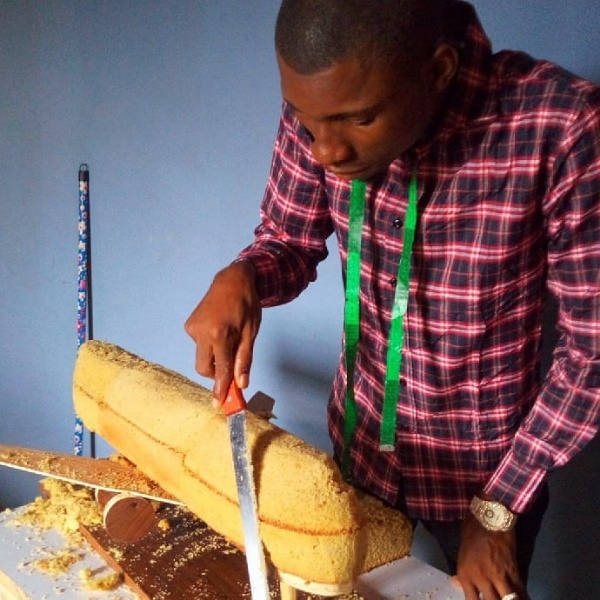 The Nigerian Minister of External Affairs, Geoffrey Onyeama, was on board the flight to Sangster International Airport, Montego Bay, Jamaica.

A number of officials from the Federal Government as well as private sector stakeholders were also among the 132 passengers on board the flight. 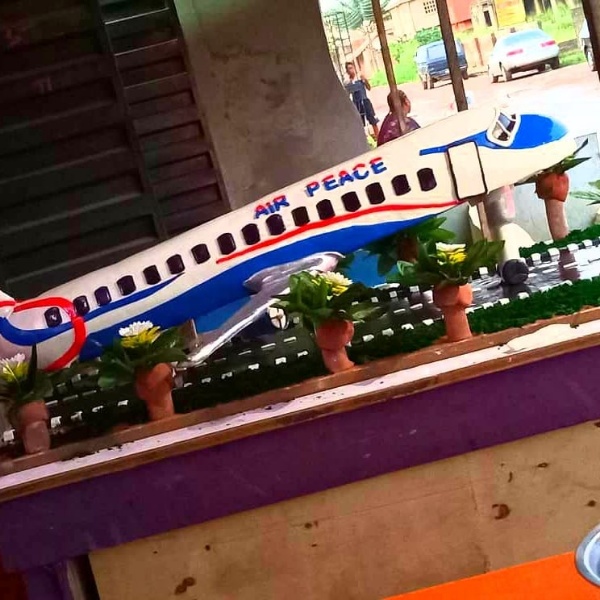 According to the statement issued by spokesperson of the airline, Stanley Olisa, the airline deployed one of its three Boeing 777 aircraft, with registration number 5N-BVE for the historic flight. 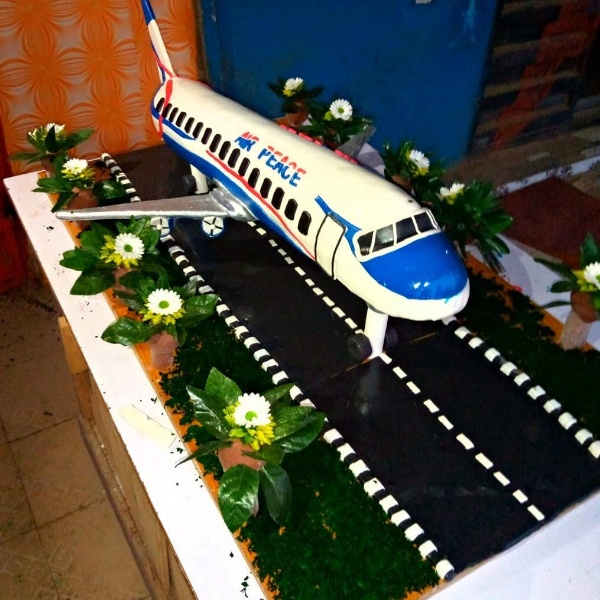 As of November 2020, Air Peace flies to Gambia; Ghana; Liberia; Senegal; Sierra Leone; United Arab Emirates; South Africa and Jamaica. On January 31, 2020, Air Peace announced two new destinations in India and Israel to be in action before the end of the year.

Recall that Nigeria’s Air Peace began Lagos to Johannesburg on 17 December using its sole B777-200ER. This move would deepen the bi-lateral and economic relationships between Nigeria and South Africa.