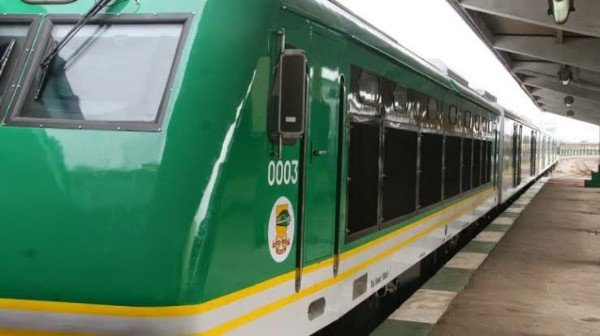 The hope for Nigeria’s interconnectivity by rail may not be coming any time soon as the cost of completion of the project is estimated at $40 billion (₦14.4 Trillion in Naira )

The Minister of Transportation, Rotimi Amaechi, made this known during the inspection of the Lagos-Ibadan rail project yesterday. He also assured that the project would continue despite any Ministerial change.

According to him:
“ The ongoing project cannot stop. The directive of the President, Mohammadu Buhari, is to link Nigeria with rail.  Like I tell Nigerians we need a little patience because we need up to $36 to $40bn to complete the interconnectivity of Nigeria.

“When we had that kind of money what did we do with it? Those criticising the President should have asked that question. I guess they didn’t know that there was a time when we had the money and we enjoyed it through corruption.

“It is very difficult to meet the challenges we are facing and these challenges can only be resolved by funds. “Also, It is very clear that the project cannot be stopped because funding comes from China Nexim Bank, and we have finished paying our own counterpart money so why would it be abandoned?

“I was not impressed with what I saw going by the last inspection. But they are human beings and have assured me that in one week time they will lay the beams on the tracks.

“ On the Calaber rail project, Amaechi attributed funding as major setback to kick-start project. He explained that “No need to ask of the calabar project,  as I am emotionally attached to it.  It is unfortunate we have not gotten money yet to fund the project. The project was awarded under the former President Goodluck Jonathan’s tenure,  but was supposed to have been passed under former president Olusegun Obasanjo tenue.

“However, for the Lagos – Kano project, we are trying to visit china for renegotiation”

This Six-wheel Drive Wheelchair Can Travel Through Water,Muds, Snow And Sand Without Stalling

The 6 Most Popular And Major Bus Stops In Enugu