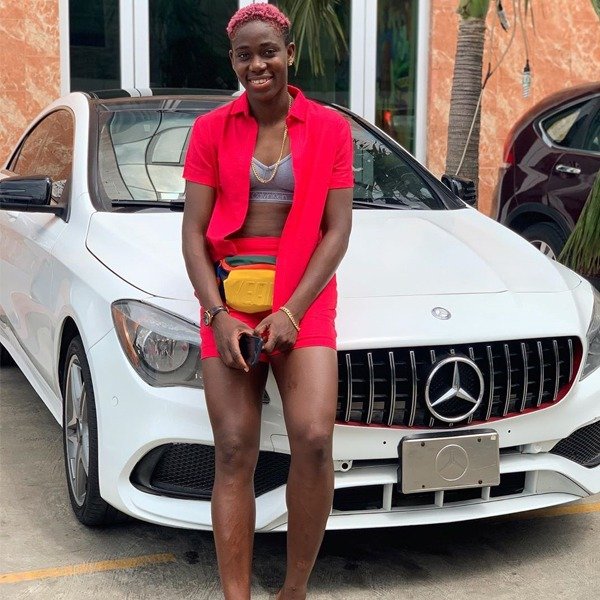 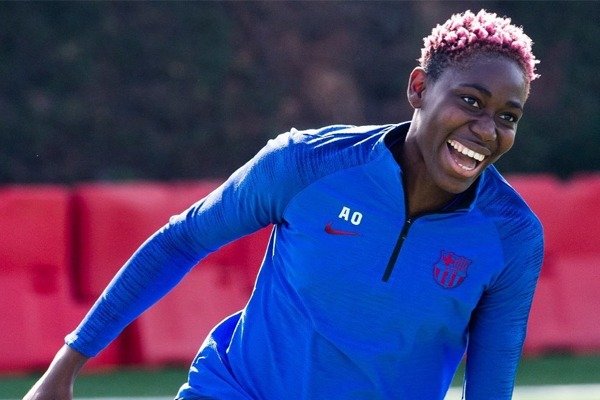 Asisat Oshoala is a Nigerian professional female footballer. She currently plays for Spanish side FC Barcelona Femení in the Primera División as a forward.

On the international football scene, Oshoala found success as a forward for Nigeria’s youth teams but made most of her early appearances for the senior national team as an attacking midfielder.

She was named best player and was the highest goal scorer at the 2014 FIFA U-20 Women’s World Cup.

She was also named best player and second top goalscorer with the Super Falcons team who won the 2014 African Women’s Championship.

On the club scene, she has played for FC Robo, Rivers Angels, Liverpool Ladies, Arsenal Ladies, Dalian Quanjian, and she is currently with Barcelona.

On a recent Instagram post, the 25-year old Asisat Oshoala posted a photo of herself in a pose with a Mercedes-Benz CLA250.

In 2015, Mercedes-Benz expanded the CLA family to include the Shooting Brake, a station wagon configuration.

It has a standard 208-horsepower, turbocharged 2.0-litre four-cylinder engine that works with a seven-speed dual-clutch transmission.

The Mercedes-Benz CLA250 is a five-seat sedan with coupe-like styling.