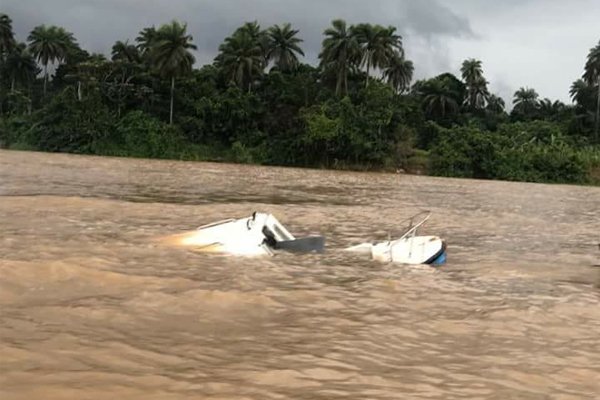 Speaker of the Bayelsa state House of Assembly, Hon. Konbowei Benson, together with other dignitaries yesterday ,Mon 25th June, cheated death. This happened when a boat that they were in experienced a mishap during an official assignment.

It was reported that the the government officials were returning from an official duty in Oporoma area of the state before they had an accident on the river and had to be rescued by the two gun boats that escorted them.

Austin Bebara Abaye who was among the entourage that escaped the tragedy, via his Facebook account wrote;

Hours ago, while returning from an official visit to the headquarters of my local govt. area, OPOROMA, Bayelsa State, in the company of my Speaker Rt. Hon. Benson Konbowei and other notable dignitaries, we had an accident on the river and had to be rescued by the two gun boats that escorted us. Help me thank God for his mercies. May God take all the glory! 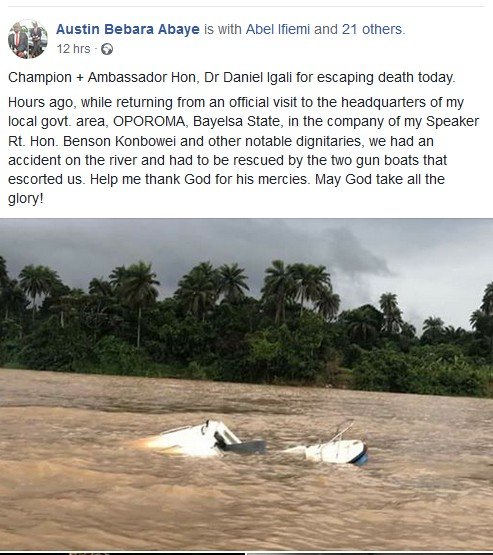 911 Truck Rams Into A Parked Trailer At Onitsha (Graphic Images)