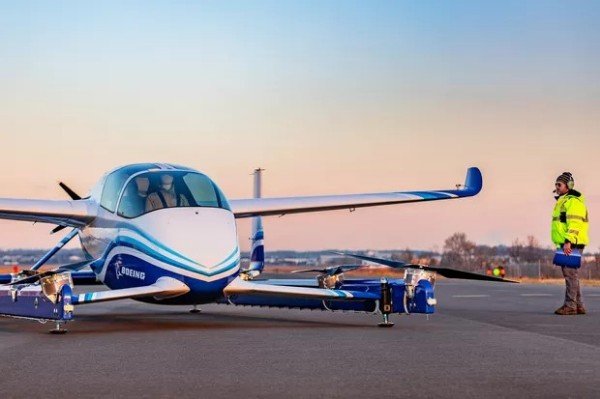 The autonomous flying taxi ,which could start carrying passengers that can afford it over congested highways as early as next year, is designed and developed by the aircraft maker’s Boeing NeXt and its subsidiary,Aurora Flight Sciences.

“In one year, we have progressed from a conceptual design to a flying prototype”

“Boeing’s expertise and innovation have been critical in developing aviation as the world’s safest and most efficient form of transportation, and we will continue to lead with a safe, innovative and responsible approach to new mobility solutions”

Flying Taxis Are Here ! .Would You Fly In One ?

Boeing’s electric motor powered Autonomous Passenger Air Vehicle (PAV) is a vertical take-off and landing vehicle that lifts like a helicopter instead of needing space for a runway to deploy.

Boeing said the next tests will focus on transformating the vertical flight to forward motion and then wing-borne flgiht,which is regarded as the most difficult part for any Vertical Take Off And Landing Machine.