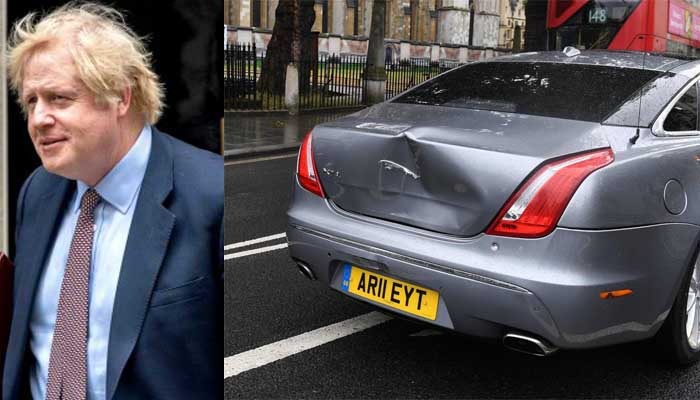 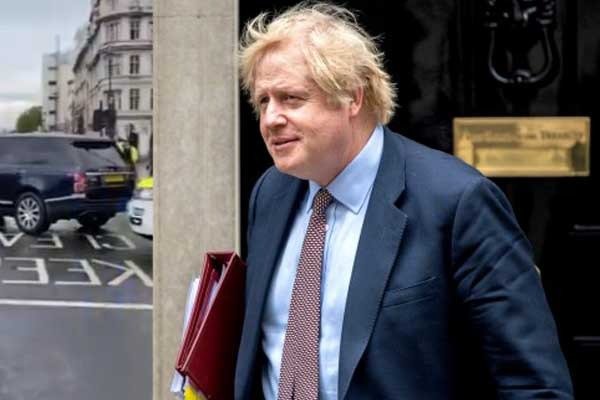 British Prime Minister Boris Johnson was involved in a car crash outside Parliament on Wednesday.

Boris Johnson was in a car leaving via the gates of the Palace of Westminster and onto Parliament Square when a protester ran out into the road to attack the Prime Minister’s convoy.

The lead car was forced to stop, with an escorting vehicle, a Range Rover, running into the back of Mr Johnson’s silver Jaguar.

Both cars left the scene quickly, with a visible dent in the back of Mr Johnson’s Jaguar. 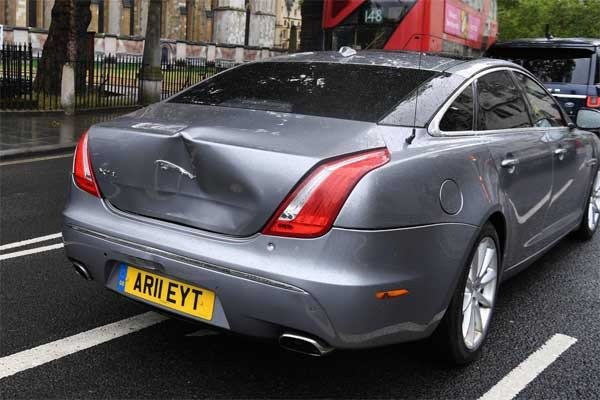 A Downing spokesman confirmed that Mr Johnson was travelling in the car at the time. He also said there were no reports of any injuries.

The man who ran out in front of the car had been demonstrating about Turkey’s operation against Kurdish rebels in northern Iraq.

The Met Police said a man has been arrested and there were no injuries.

A Metropolitan Police spokesman confirmed that two police vehicles were involved in the collision. 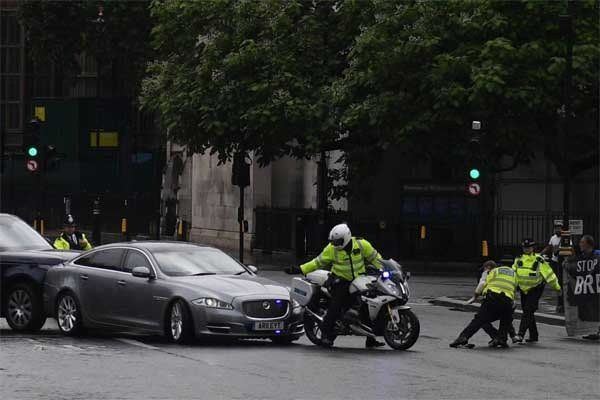 The spokesman said: “The police vehicles were part of a security movement for Boris Johnson.

“A pedestrian is reported to have stepped onto the road. This caused the vehicles to suddenly stop. That was what led to two of the vehicles in the convoy being involved in a damage-only collision.

“No injuries have been reported.

“A man was arrested at the scene. He was arrested for offences under Section 5 of the Public Order Act. and for obstructing the highway.

“All vehicles were able to drive from the scene.”

The story came to light after a video of the crash circulated on social media. 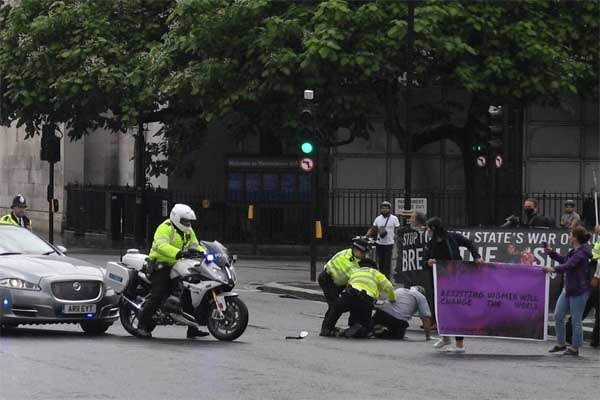 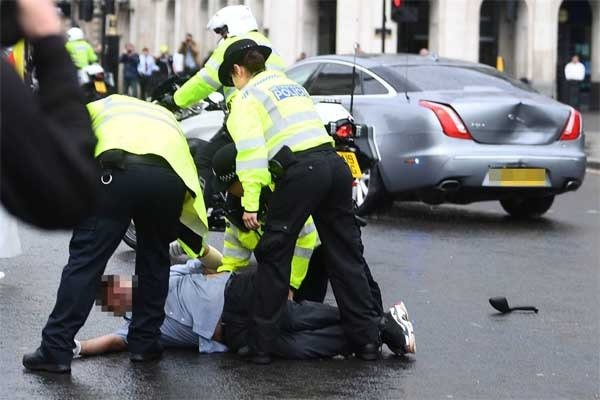 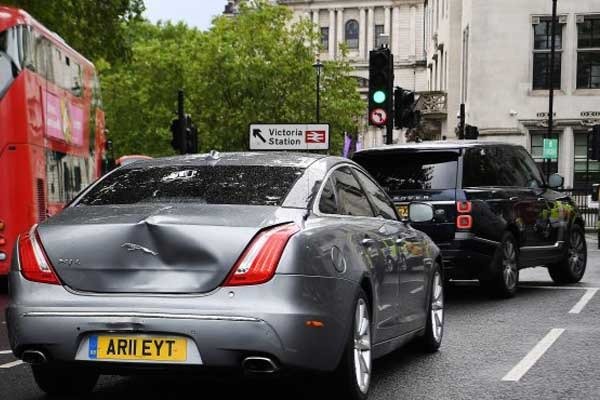