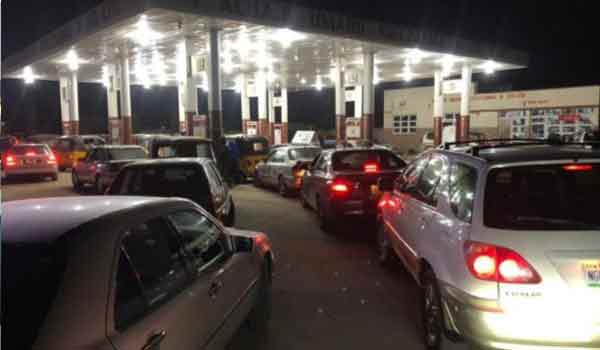 The Borno State commissioner for Environment, Barrister Kaka Shehu Lawan, yesterday expressed concern over the practice of using petrol stations as motor parks in Maiduguri during the monthly sanitation exercise.

Speaking when he led a government team to supervise the monthly sanitation exercise in Maiduguri, he therefore warned that henceforth, any petrol station operator that violates the rules  in the certificate of occupancy given by the state government would have the certificate revoked with immediate effect.

Barrister Lawan in his acceptance speech while taking over the affairs of the ministry said Maiduguri would be one of the cleanest and safest places to live in.

The team went round Maiduguri and environs to enforce the exercise and urged residents to always clean their environments, saying cleanliness is next to Godliness.

He said the government would continue to support the citizens and provide everything necessary to make the city habitable, and would demolish illegal structures, especially on waterways.

He marked illegal toilets and structures for demolition and warned charcoal and firewood sellers to vacate roadsides as government had provided a space for them near Bakassi camp along Damboa Road.

Billionaire Jeff Bezos, His Brother, Four Others Heading To Space On July 20