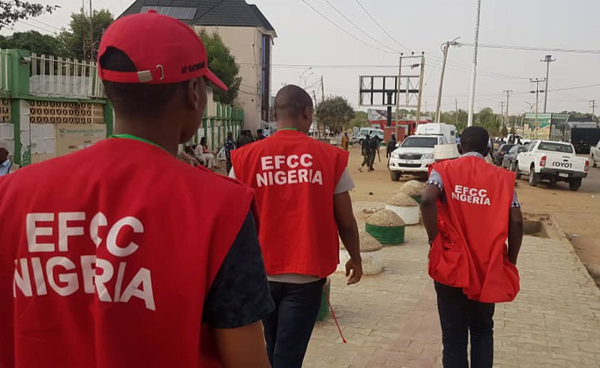 According to a report by Vanguard, a Federal High Court sitting in Sokoto on Friday sentenced a car dealer, Umar Muhammad, to five years imprisonment for contravening the Economic and Financial Crimes Commission (EFCC) regulations.

Muhammad, resident of Sokoto metropolis was however, given an option to pay N125,000 as fine.

In his judgment, Justice Ahmad Mahmud, said he considered the evidence and exhibits tendered by the prosecution during the trial as the convict also pleaded guilty to the charge.

Mahmud said he also considered the plea of leniency as the convict was a first time offender.

The court found the convict guilty of failure to submit declaration of activities, in line with EFCC’s extant regulations on customer identification and rendition of returns on transactions to the Special Control Unit against Money Laundering (SCUML).

The EFCC’s Prosecution Counsel, Mr Hannafi Sa’ad, had led witnesses and exhibits including educational materials and said efforts were on to educate business community on SCUML compliance.

GM Replies Regarding Why GMC Hummer EV Emissions Are So High

Rolls-Royce’s Next Bespoke Creation Will Be Called Droptail, After $13m Sweptail And $28m Boat Tail