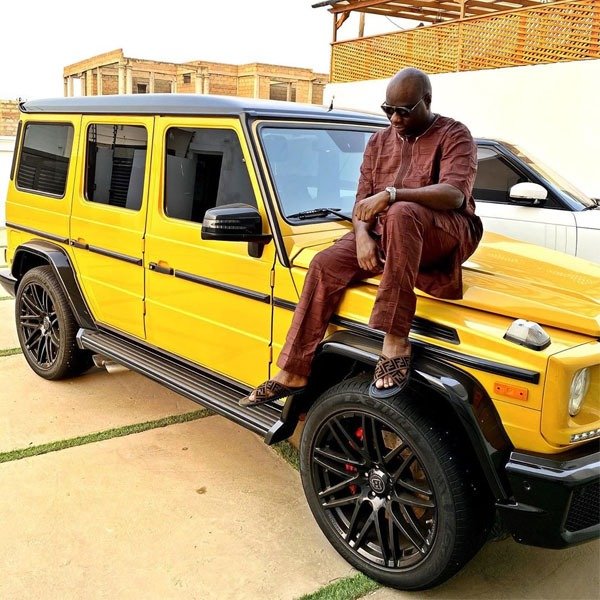 Ismaila Mustapha, popularly known Mompha, is back to his former way of posing with expensive cars.

The embattled Instagram sensation gained fame for showcasing an ostentatious lifestyle. Some of which includes displaying top-of-the-range automobiles.

On Friday 18, October 2019,  the flamboyant Mompha was arrested and charged to court by the  Economic And Financial Crimes Commission (EFCC). He was charged for Internet fraud-related crimes and money laundering. Subsequently, he was granted N100m bail. He fulfiled the bail condition and has since been released.

Mompha, who resides in Dubai, has remained in Nigeria since he was granted bail. That notwithstanding, some of his social media activities have resumed.

In a recent post, the flamboyant Mompha published a photo of himself. In the photo, he was sitting on a not-too-recent model of a Mercedes G63 AMG. The particular SUV has installed on it Brabus wheels.

The Mercedes AMG G63 is a version of the Mercedes-Benz G-Class. This luxury SUV is a mid-size four-wheel drive. The vehicle also comes fitted with a 5.5‑litre V8 bi-turbo engine. The engine delivers a 544-hp mated with a  7G-TRONIC automatic transmission system. It is manufactured by Daimler AG.