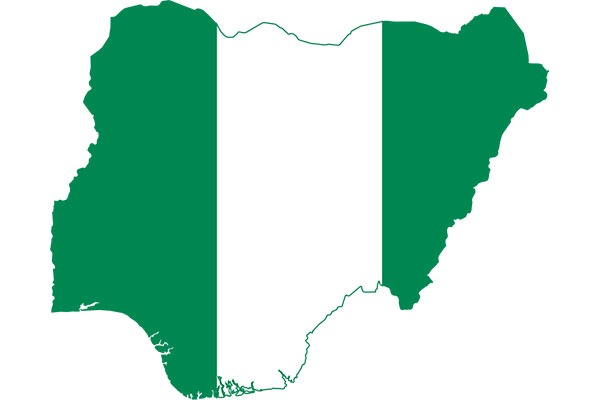 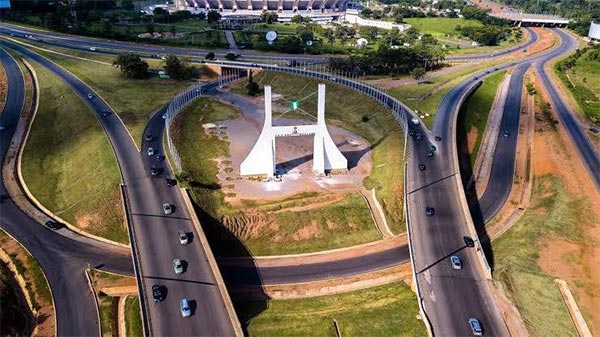 History has made it possible for 36 states in Nigeria to trace how they got their names.

Today, we’ll be looking at the rationale behind the names of all the Nigerian States.

Is an acronym from the four main groups of people in the state as at the time it was formed in 1991: Aba Bende Isuikwuato Afikpo.

Adamawa was named after a warrior, Modibbo Adama Bin Ardo Hassan, that conquered the region in the beginning of the 19th century.

Akwa Ibom is named after the Qua Iboe (or Kwa Iboe) River.

The state got its name from the corrupted version of Oma Mbala (Ànyịm Ọma Mbala), a popular river in the area.

‘Bauchi’ is Hausa word meaning the southern flanks of Hausaland. Tribes living in the southern parts of the Hausaland were referred to as “kasashen bauchi” and the area they lived in later came to be known simply as Bauchi.

“Bayelsa” is a combination of the acronyms of three local Government areas that were pulled out of Rivers State – Brass LGA known as BALGA, Yenagoa LGA known as YELGA and Sagbama LGA known as SALGA. In the formation of their names is BA+YEL+S

The state was named after the “europeanised” corruption of ‘Binuwe’, the Batta word for ‘Mother of Waters’.

The alternative name of the Kanuris, the predominant ethnic group in the state, is ‘Borno’ which gave inspiration for the naming of the state.

The state took its name from a River called Oyono or Cross River. 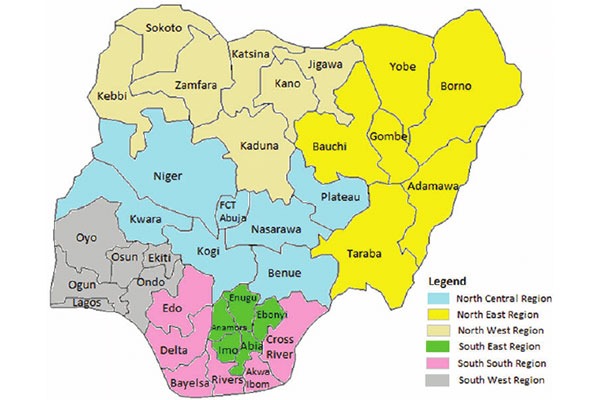 Ebonyi is the anglicised version of ‘Aboine’, a river that cuts through Abakaliki, the state capital.

The Bini people who dwell in the area had always referred to themselves as Edo or Iduu. This inspired the name of the state.

‘Okiti’ is a term that is said to denote a settlement of many hills. It later became ‘Ekiti’.

Due to the many hills and rocky terrain in the area, the people named it in igbo, “Enu Ugwu” meaning “top of the hill”. The state is named after the anglicised version, Enugu.

Gombe is the dialect of Fulani language (Fulfulde) spoken in the area.

Just like many of the Nigerian states, Imo took its name from the popular river, Imo Mmiri.

‘Kadunas’ is the plural form of crocodile in Hausa. The state, therefore, got its name from the many crocodiles in Kaduna River

Kano was the name of a blacksmith from the Gaya tribe who settled in the area while sourcing for ironstone. The state was named after him.

The state was named after the wife of a popular local ruler known as Janzama. Her name was Katsina

It is said that Kebbi was named after the Ka’abba in Mecca, Saudi Arabia.

Since the popular confluence in Nigeria is located in the state, Kogi is said to have been derived from ‘kogin’, the hausa word for river.

River Niger used to be called River Kwara by the Nupes at the Northern border of the state. The state was named after this.

In 1472, the first set of Europeans to set foot in Lagos were the Portuguese. Due to the many lagoons and rivers in the town, they named it Lagos, which is the Portuguese word for ‘lakes’.

Nasarawa is a native word for ‘victorious’. The state was named by the founder of Nasarawa kingdom, Makama Dogo

This was named after the River Niger

This state was also named after a river — Ogun River.

Ondo is a word used for settlers. The state was named after the settlers of the old Ondo Kingdom

This state was also named after a river — the River Osun.

The state was named after the Old Oyo empire.

The state was named after the picturesque Jos plateau. Jos got its name from the mispronunciation of the town ‘Gwosh’

Sokoto is the anglicized version of the Arabic word ‘suk’ meaning ‘market’ or ‘place of commerce’. The state itself was named after the defunct Sokoto Caliphate

Taraba state got its name from the Taraba River.

Komadugu Yobe (Waube or Ouobe) or River Yobe (or River of Yo) inspired the name of the state.

This state was named after Zamfarawa, one of the subdialects of the Eastern Hausa group.

“Abuja” was in the earlier 20th century the name of the nearby town now called Suleja. The indigenous inhabitants of Abuja are the Gbagyi (Gwari), with the Gbagyi language formerly the major of the region language