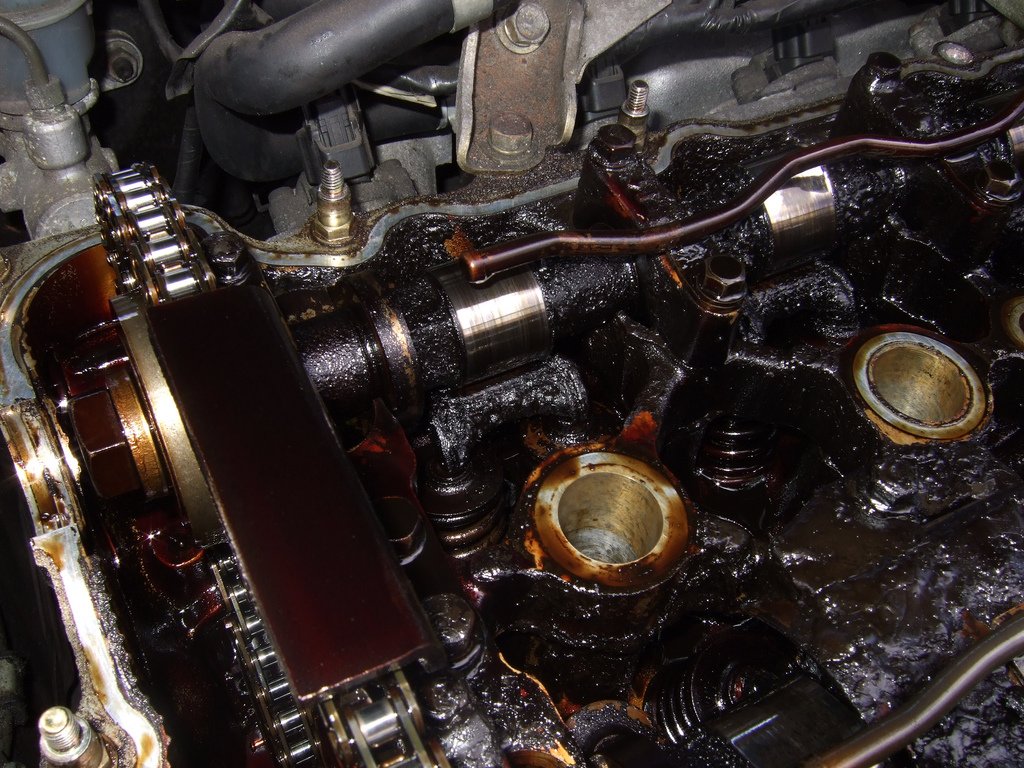 Engine sludge is basically a dirty,sticky, grease-like substance,formed due to oxidation/contamination of oil in the engine. During oxidation,the molecules of engine oil break down and the resultant products combine with the dirt in carbon form,metallic particles,fuel,gases,water and liquid coolant. Together the mixture forms a sticky sludge.
Stop-and-go driving in heavy traffic conditions and in areas where there are lots of traffic lights can contribute to sludge buildup. Frequently driving over short distances can also cause sludge.
The resulting material blocks the engine’s lubricating system.In the worst case this can cause the engine to seize.

1)Neglect of maintenance
Since it acts as a coolant in the engine and smoothens the running of other components, it is necessary that maintenance is done in time.
When servicing is delayed or postponed,there are high chances that sludge deposits will be formed since the oil will not be in position to flow freely.

3)Low quality fuels
It leads to carbon build up’ i.e engine sludge formation which suffocates the engine and wreaks havoc on the fuel system.

4)Excessive idling
Idling refers to when the engine is running but the car is stationary like when stuck in a traffic jam.

SYMPTOMS
*Low oil pressure or intermittent flashing of the oil light
*The oil light remaining on when the engine is running
*Slow or no draining of the oil when the sump plug is removed
*Obvious signs of thick sludge in oil fillers,rocker covers etc.
*The engine won’t accept the designated amount of oil after an oil change
*Noisy hydraulic lifters

PREVENTION
1)When you turn the ignition on,check the dashboard for the Check Engine Light and the Oil Change notification light.
Both could indicate that the motor oil needs replacing.

2)Study the owner’s manual that your car manufacturer provides for instructions on when to replace the motor oil and also the type of oil recommended.

4)If the dashboard gauge shows that the car is heating up,have your mechanic check for motor oil sludge also.

See Related Post: Ways Of Getting Rid Of Rats Or Mice Out Of Your Car Engine