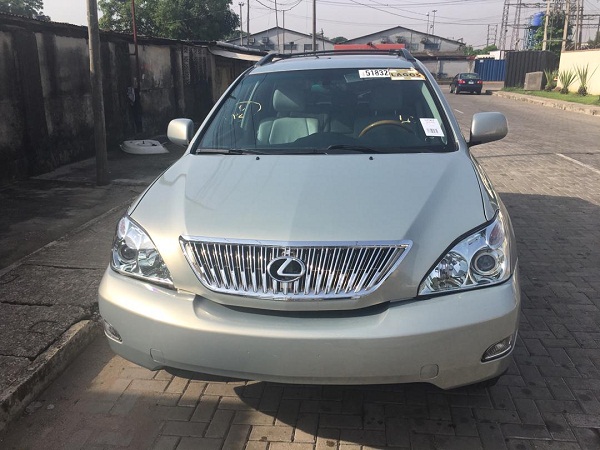 There are so many challenges one is likely to face when driving a tokunbo car from Lagos to the eastern part of the country. For those who don’t know what tokunbo car is; they are just foreign used cars.

We’ve made a compilation of all the challenges people complain about while driving tokunbo cars from Lagos down to east. We all know that majority of the cars that enters Nigeria from USA, Canada and Dubai, use of Lagos port. So, from Lagos, they can then be transported to any other part of the country. It’s either towed with a truck or driven like that.

When you choose to drive down the car to the east from Lagos, there are certain challenges you’ll likely encounter on transit.

Below are some of these challenges

1. Extortion and harassment by the police

This is one of the numerous challenges you’re likely to face when driving a tokunbo car from Lagos down to the east. Virtually every police officer at various checkpoints want settlement. The annoying thing is that you may not be defaulting in any way, but there will still demand you settle them.

If you fail to settle, they will do one sure thing – delay you. This is one of their weapons of extortion and harassment. They can also tell you they would want to confirm the engine number on your car and will wait for the engine to cool down a bit. Some officers will insist that the colour of your car doesn’t match the colour in the document, hence a problem.

All these make most people drop ‘OD’ just not to have their time wasted. OD means officer on duty. Usually N200 and above depending on the weather condition and the car you are driving.

After the policemen, the Nigerian Customs Service officers are next on this list. They welcome you into any state while on transit. This welcoming don’t usually end well because you’ll end up digging deep into your pocket. It’s either they say you didn’t pay enough duty or there is a missing document.

Of all the Customs checkpoints you’ll see journeying from Lagos to the east, Benin Customs may make you wanna cry. They are seen as the meanest of them all. They still employ delay tactics just as the police do.

However, ensure your car is properly cleared and duty well paid for your tokunbo car to avoid their problem

There are good number of terrible roads you’ll ply through on your way to the east. Some times, these terrible roads come with trouble. It can catalyze the spoiling of car parts like bumper, grille, exhaust and so on. It can be as terrible as a bad road spoiling the bottom plate housing the engine oil if your car. This in most cases lead to serious damage of a car.

This is one of the greatest nightmares of anyone driving a car from Lagos to the east. It could be such a terrible experience to have your car spoil on transit. If you’re lucky, it will be something that can be fixed easily there with some cash. In a case where you’re unlucky, it could be something that requires changing the engine of the car entirely.

To be on a safe, kn0w where you buy your car from and always ensure you check everything properly before hitting the road. Cars with underlying issues usually act up when driven for a long time.

Vehicular theft and kidnapping are part of these challenges that pose threat to life. Some of these thieves wouldn’t mind killing just to get away with a tokunbo car. Two months ago, a Lagos-based car dealer was shot dead on his way to deliver a car in Abuja.

Some unlucky ones end up entering the traps of these hoodlums.

When next you’re driving down a tokunbo car from Lagos down to the east, you just have to do it with care. Service and observe your car properly before you take off. When you get to bad roads, take it easy in order not to cause damage to the car.