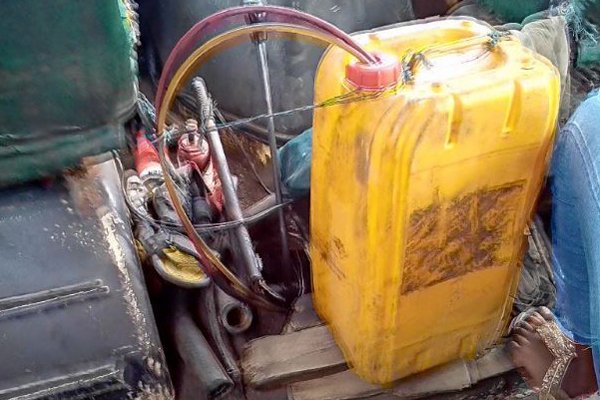 This photo was shared online by a commuter. It was captured inside a danfo.

It is a weird contraption in a danfo that was constructed as part of the engines that is located inside the dano by the driver’s seat. Strangely, in the contraption, a large-size jerry can was included in its make up.

Indeed, it does appear risk.

Should such risky constructions in commercial buses be tolerated by the authorities? 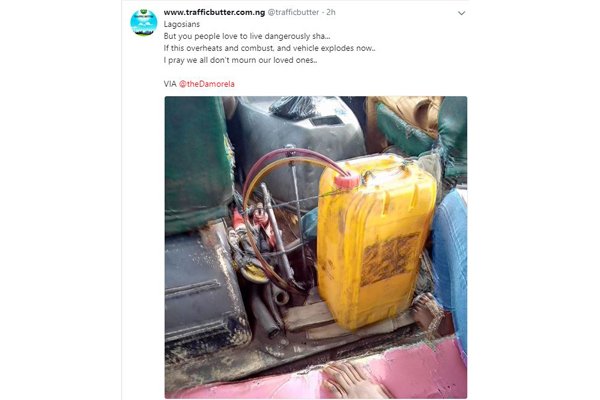 Watch Driver Use Trumpet In Place Of His Dysfunctional Car Horn

Tiwa Savage Shares Photos Of Herself In A Rolls Royce (Photo)