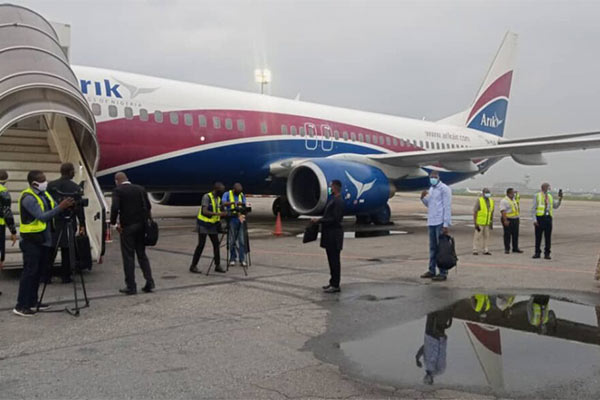 Commercial Flights is set to resume in Makurdi, the capital of Benue State, as FAAN, NAF Sign MoU.

The signing would enable smooth operations of civil flights from the NAF aerodrome in Makurdi, which was earlier restricted.

The Makurdi airport is set to begin welcoming commercial flights after the Federal Airports Authority of Nigeria (FAAN), the Nigerian Air FORCE (NAF), and the Benue State Government, on Monday, signed a Memorandum of Understanding for the resumption of civil flights.

The signing of the Joint Users’ Agreement would enable smooth operations of civil flights from the NAF aerodrome in Makurdi, which was earlier restricted.

“The use of NAF aerodrome in Makurdi for civil flights is for the benefits of Benue people. It’s our way of responding to corporate responsibility by ensuring civil flights using our facility.

“Shortly, we shall see the multiplier effect on the economy of the state. We shall work with FAAN to ensure smooth operations.”

According to the report, Dr. Clifford Mozeghian, who represented the Managing Director/Chief Executive Officer of FAAN, Capt Rabiu Hamisu Yadudu, and other industry stakeholders said he was elated over the opening of Makurdi aerodrome for civil flights operations.

“We shall work to meet our responsibility in the joint agreement,” he stated.

The state Governor, Samuel Ortom, also stated that the availability of the aerodrome for commercial flights would open up Benue State to investors who have not been able to visit due to insecurity.

He added that the state would now have more visibility like other parts of Nigeria that have airports.

He said, “Benue state had been for a long time deleted from Nigeria map because of no flight.

“The challenge had been air traffic. I believe that in a short while many things about Benue will now change and the economy of our people will grow.”

Last year, Air Peace had to stop flights from the Makurdi NAF aerodrome because there was no agreement between all parties involved in approving commercial flights.

The NAF aerodrome has served as a critical facility in the Nigerian military’s fight against insurgency in the country.