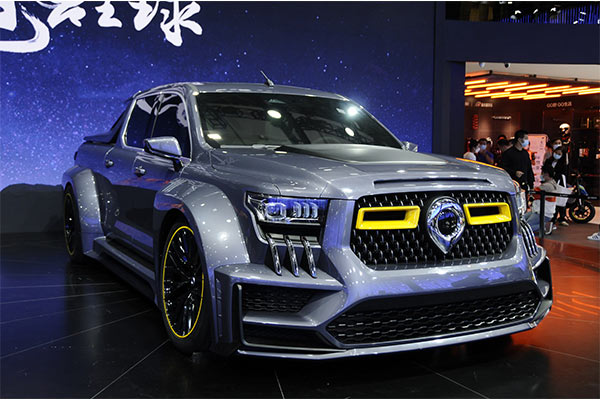 It comes with ultra-wide body kit as well as a slammed-down suspension to boost King Kong’s visual appearance.

China’s Great Wall Motors at the 2021 Guangzhou Auto Show premiered its Supercar Pickup Concept that is based on the King Kong Cannon production vehicle.

Unlike the base Great Wall King Kong Cannon designed as a rival to popular models like the Toyota Hilux and the Ford Ranger, this concept features a ultra-wide body kit as well as a slammed-down suspension. 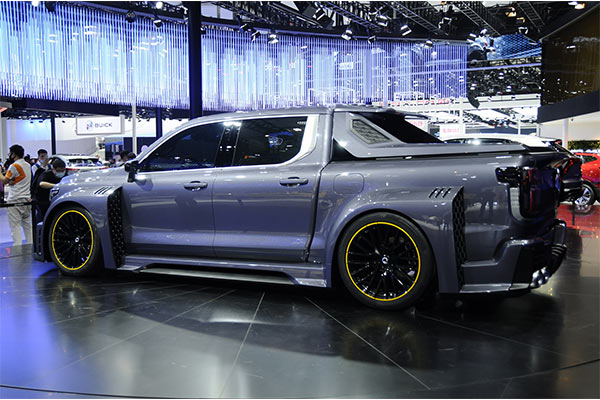 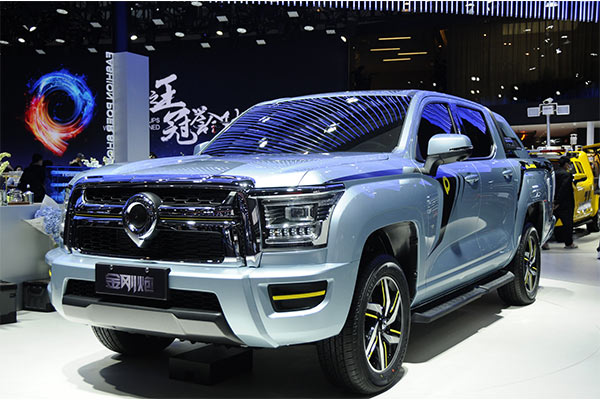 There are also a standard dual-cab design with toned-up fenders, a large chrome grille, and a LED headlights, which reminds us the Tank 500 SUV.

Wide fenders with integrated gills, aerodynamic side sills, and a spoiler structure on the rear bed were also added to boost King Kong’s visual appeal alongside black wheels with yellow rings.

The only parts that are still recognizable are the standard doors and side windows. 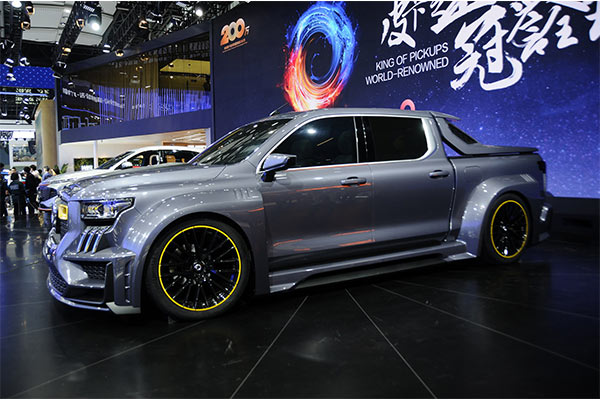 Even the headlights are different with intakes below them and chrome-finished claws for a badass look. Similarly, the rear end is dominated by a sporty bumper extension, dark-tinted taillights, quadruple exhaust pipes, and a diffuser.

Finally, we should also mention the rest of the King Kong Cannon-based concepts including a more plausible rescue mission vehicle for natural disasters, and another one focused on agriculture with a drone and some kind of machinery on the rear bed.

It is necessary to know that the production pick-up has only 500 kg (1,102 pounds) of payload which is half of what you get from the likes of the Ford Ranger, Mitsubishi L200, VW Amarok, Toyota Hilux, Isuzu D-Max, etc.

Photos Of The Day : Motorcycles In Jakarta, Indonesia, Where 8 In Every 10 People Own At Least One