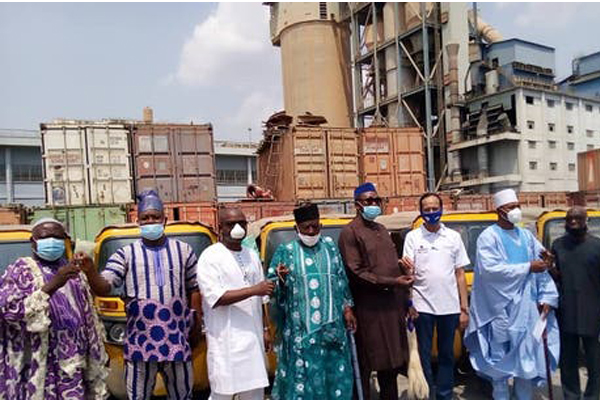 The vehicles were handed over to the host communities at an event weekend attended by the four traditional rulers.

The beneficiary factory and mining communities are; Obajana, Akpata, Iwaa and Oyo.

Speaking at the ceremony to hand over the tricycles was the Bajana of Obajana, Oba Idowu Isenibi. He described the donation as timely, saying it would support business and transportation in the communities. 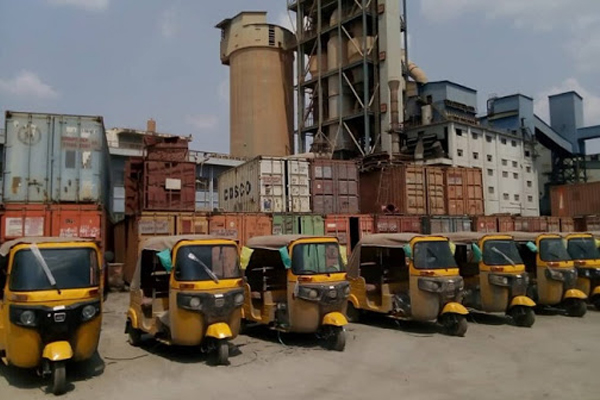 The Oba of Iwaa community, Francis Migbole, expressed the appreciation of his community. He also commended the President of the Dangote Group Aliko Dangote.

The representative of the Plant Director and General Manager Human Resources and Admin, Haruna Adinoyi gave his response. He said the donation was part of the effort to create a harmonious relationship between the company and the host communities.

He said the company is appreciative of the support from host communities.

Delivering the closing remarks was the Deputy General Manager Ademola Adeyemi. He said the tricycles would aide movement by members of the communities. He added that it was part of the company’s Corporate Social Responsibility (CSR). Dangote Donates Tricycles

The Dangote Cement plant in Obajana, Kogi, is the largest in Sub-Saharan Africa.

Obajana uses gas for its kilns and power plants and until late 2014, relied on low-pour fuel oil as a back-up fuel for its kilns.