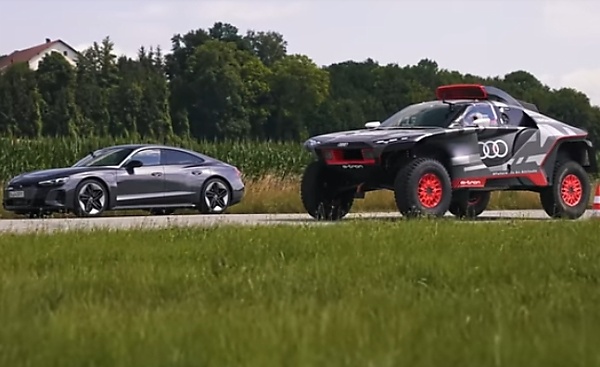 Which is quicker in a drag race between performance-oriented Audi RS e-tron GT SUV and the Audi RS Q e-tron Dakar Rallycar?

Is it the GT – straight line king – or the RS Q e-tron – designed to conquer the deserts —- the results from this clip may surprise you. 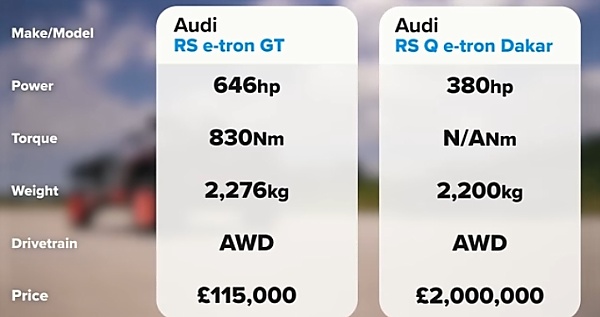 Carwow.com, an online marketplace for buying and selling new and used cars, is known for pitting cars from different brands against one another on a straight line.

But this time around, Carwow’s Matt has lined up an Audi RS e-tron GT, one of the world’s fastest SUV, against the Audi RS Q e-tron Dakar Rallycar. While the RS e-tron GT is made to drive on a straight line, the RS Q e-tron is designed to conquer the deserts.

So let’s take a look at the stats… 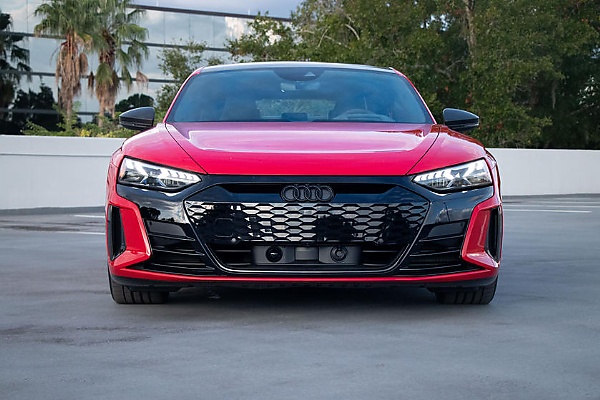 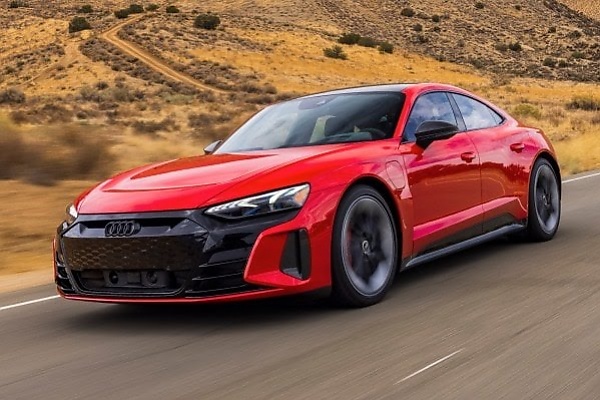 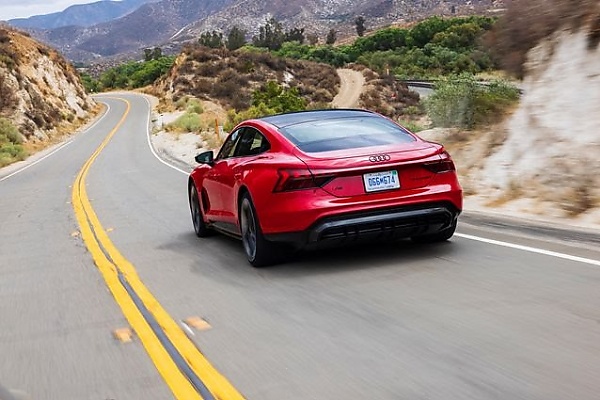 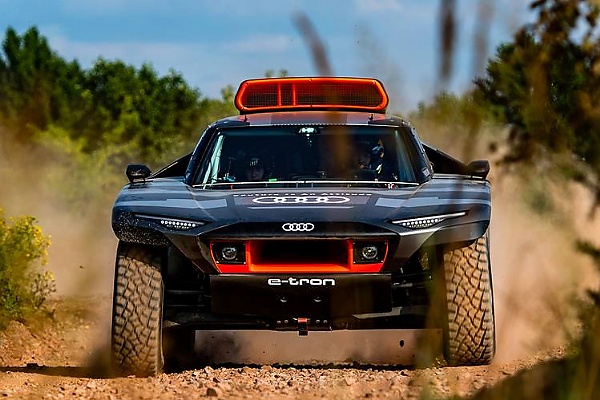 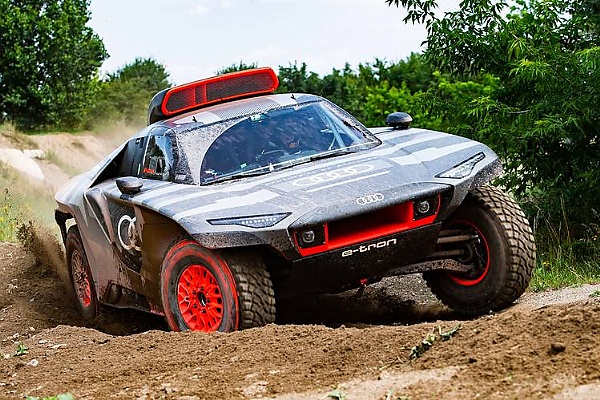 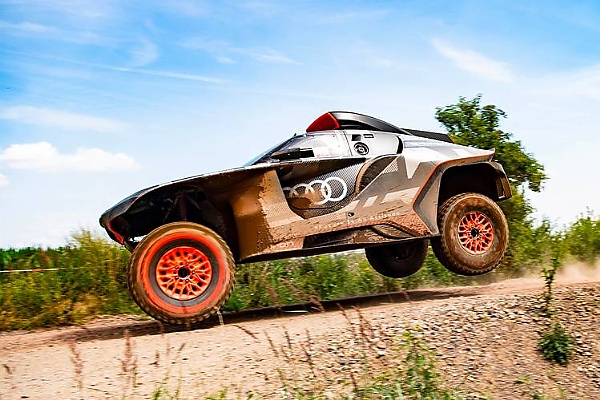 RS Q e-tron Dakar Rallycar, worth $2,400,000 (not available for purchase), combines an electric drive train with an energy converter system based on the TFSI petrol engine and a generator.

This efficient electric powertrain is enough to power each of the three Audi RS Q e-trons to victory at the World’s Toughest Off-road Dakar Rally in Saudi Arabia earlier this year. 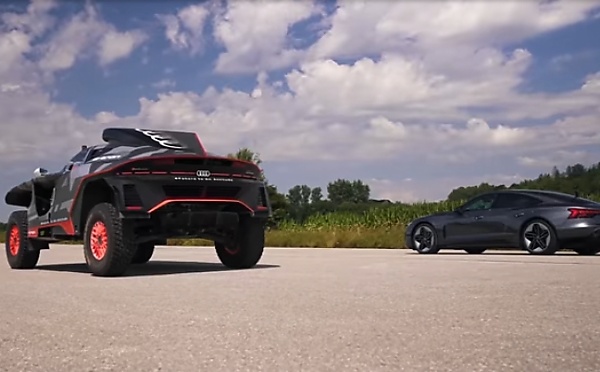 So with the stats, do you think the Dakar rally car stands a chance against the performance-oriented Audi RS e-tron GT SUV on a straight line?

There’s only one way to find out — and the results from this clip may surprise you.