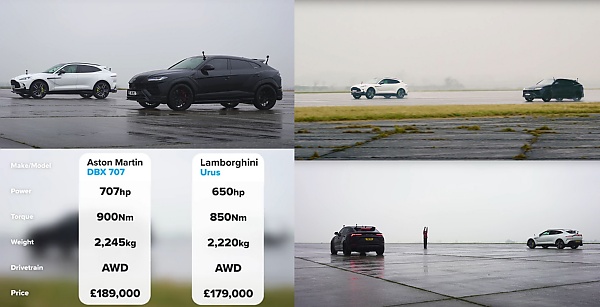 The all-new Aston Martin DBX707 goes against the 2022 Lamborghini Urus in a drag race. 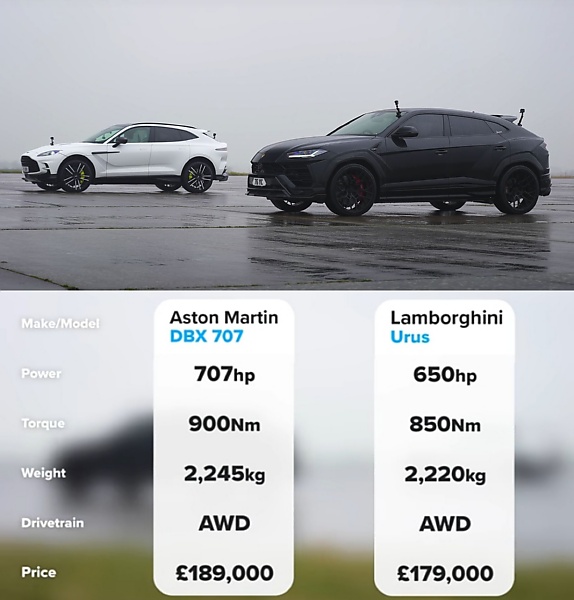 Want to know which is quicker in a drag race between two of the fastest and most luxurious high-performance Sport Utility Vehicles (SUVs) on the market?

We talking about the recently unveiled 2023 Aston Martin DBX707 and the 2022 Lamborghini Urus Super SUV. 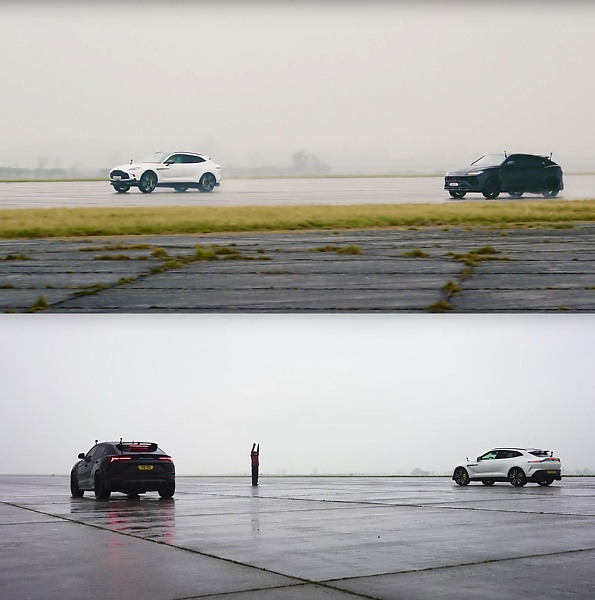 DBX707 is powered by the uprated 4.0 liter twin-turbocharged engine used on the DBX. It churns out 707 brake horsepower (equivalent to 697 horsepower) and 900Nm of torque.

These impressive figures allowed Aston Martin DBX707 to claim the title of the fastest SUV in the world. 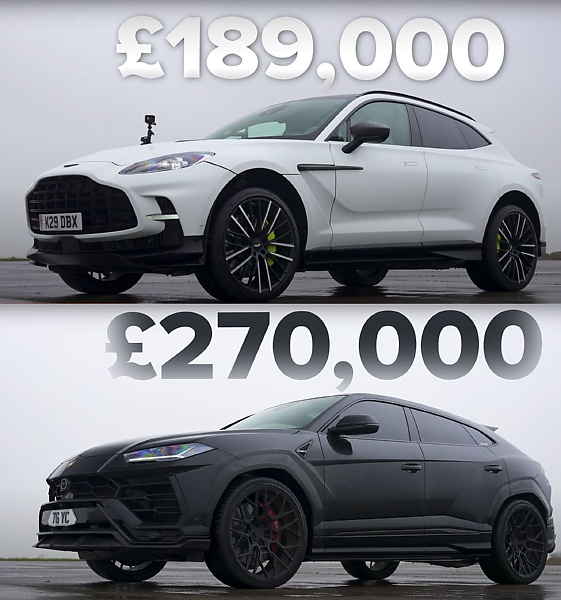 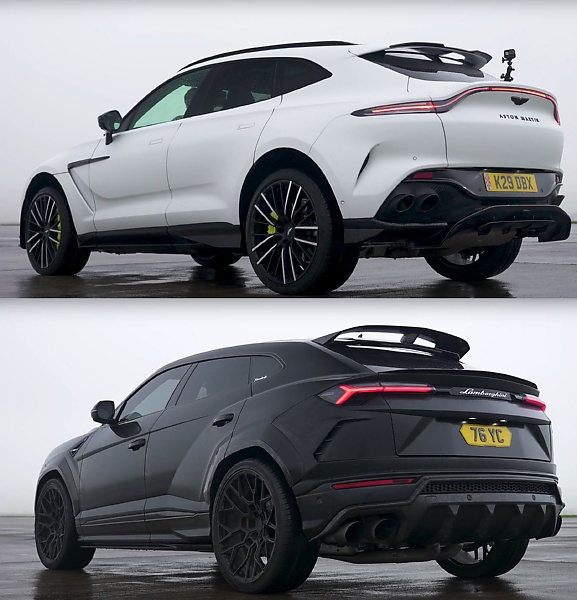 The Urus is the world’s first Super Sport Utility Vehicle. It is also the third world’s fastest SUV (behind Bentley Bentayga Speed) as well as Lamborghini best selling car. 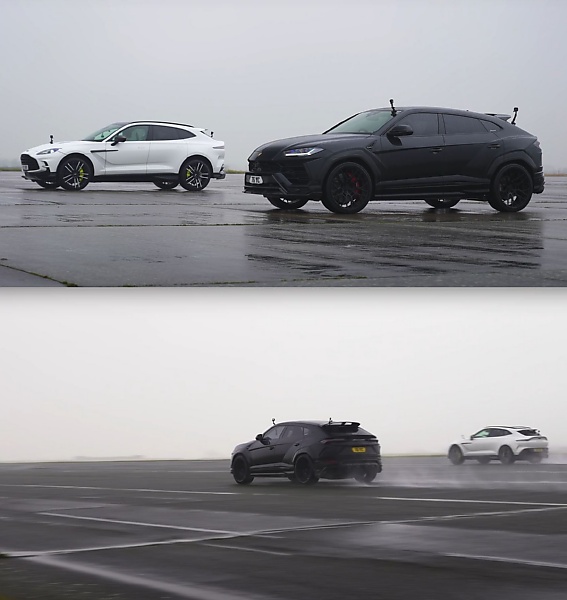 To help find out, Carwow.com brought the two high-performance SUVs together on wet track for a straight-line drag and the results may (or may not) surprise you.

In the side-by-side drag race experiment, the Aston Martin DBX707, the fastest on paper, crossed the line before the equally very fast Lamborghini Urus.

Though Lamborghini Urus lost the race, would-be buyers of these high-performance machines aren’t going to care too much because the pair of SUVs weren’t built for drag racing.

Which Of The Opulent High-performance SUVs Would You Rather Have?