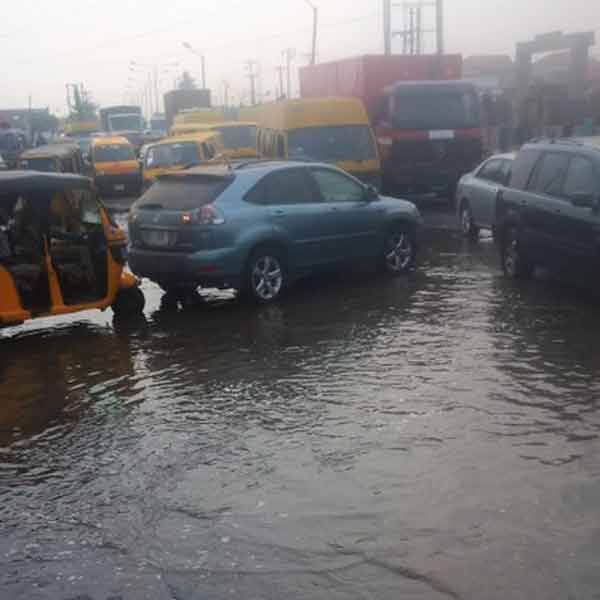 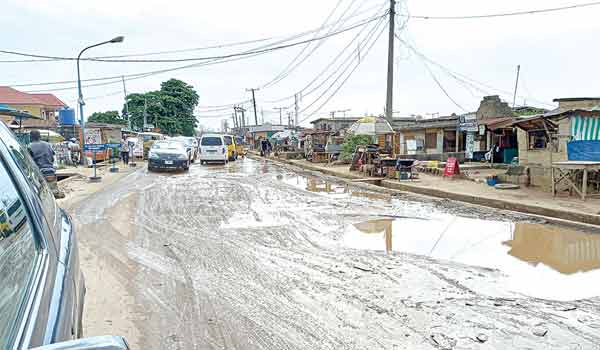 Ejigbo, a suburb of Lagos, is notorious for dilapidated roads, the major reason the area is always in the news.

Motorists and commuters have continued to suffer unending pain travelling from their homes through the bad roads in Ejigbo Local Council Development Area (LCDA) to other parts of Lagos.

As motorists drive daily through some of the major roads in the community, including Moshalashi Street, Nurudeen Obe Street, Ifoshi Road, Ailegun Road and Pipeline Road, they contend with potholes and craters that dot the supposedly affluent neighbourhood where one of the Nigerian National Petroleum Corporation (NNPC) depots is nestled. 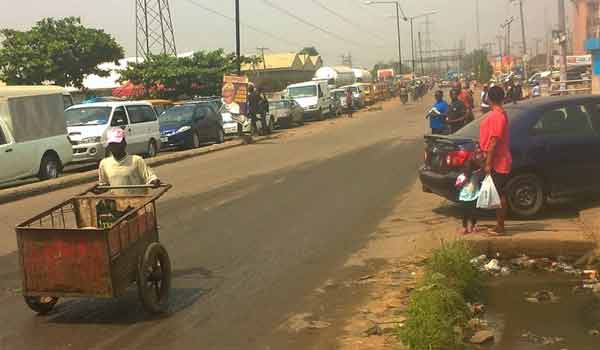 The situation contrasts sharply with the claim by the Chairman of the LCDA, Monsuru Oloyede Bello, who said his administration was working to transform the council area. Bello made the claim while addressing participants at the council’s first business summit themed “Corporate Governance: Roadmap to Shared Prosperity in Ejigbo LCDA.”

A major consequence of the bad state of the roads is the extremely frustrating and traumatising gridlocks to which residents and motorists are subjected during peak periods whenever they are on their way out and while returning home.

Expectedly, whenever there is a gridlock, which is now a common feature of the area, man-hours are lost and the tension suffered in traffic jam affects the health of commuters. For many, the roads are a disaster and harbingers of death.

Most of the motorists who spoke to The Guardian said that plying the roads daily had brought about huge wear and tear in their vehicles, particularly with the big potholes and craters on Nurudeen Obe Street and Moshalashi Street inward Ile-Iwe Ejigbo. 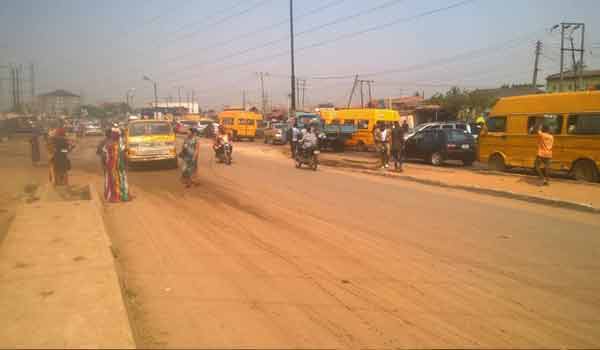 According to them, a journey that should not have lasted for more than five minutes from the Coker Junction through Lafenwa and Dauda Illo to Ejigbo – Idimu Road now lasts for about an hour in heavy traffic.

A tricycle (Keke Marwa) operator at Ile-Iwe, who identified himself as Azeez Olanrewaju, told The Guardian: “As you can see, everywhere is in disarray. Does this look like we have a responsible government?”

Pointing at the crater at the bus stop, Olanrewaju said: “This place has been like this since last year. You can ask people around. Our machines often get damaged as a result of big potholes. At least, I visit my auto mechanic’s workshop twice every week. We are pleading with the government to help fix the place.”

Another tricycle operator, who identified himself as Kingsley, said: “Those who suffer the bad state of the roads most are operators whose machines are old and ply Ile-Iwe to Iyana-Ejigbo. That road is in a terrible state, although they are working on it now, maybe because of the election that is coming. 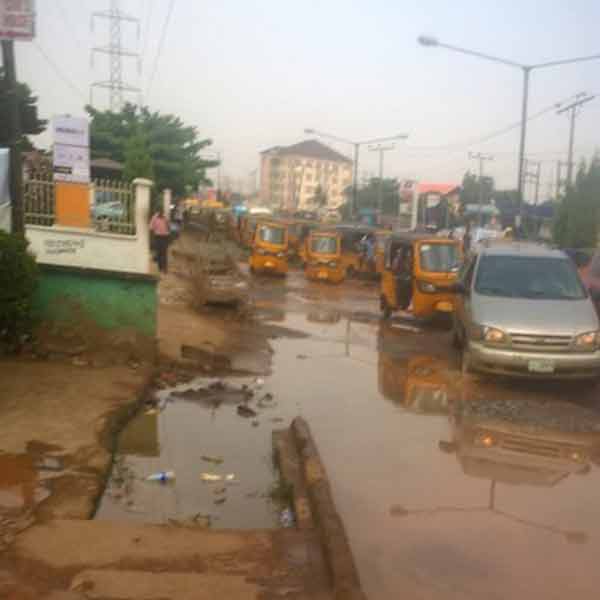 “Because my machine is relatively new and I ply Ile-Iwe to Idimu, and the road is better than Ifoshi road, which leads to Iyana-Ejigbo, I don’t get to feel the effects of the bad state, except for the speed breaker on Idimu road and the bad spot at Dorcas Bus Stop. If the government can fix the bad spots at Dorcas, we will be grateful,” he added.

Alomah Sylvester, a mini-bus driver, popularly known as Korope, said: “It is disheartening. I visit my mechanic’s workshop every now and then. Because our buses are so low to the ground, I change my oil filter almost everyday because the bad roads keep damaging the oil seal. Five litres of oil now sell for N6,500, while one oil filter costs between N1,200 and N1,500. Some people even sell it for N1,800, depending on the quality and the shop where you are buying from.

“Though the chairman is trying, he needs to do more. As he seeks for a second term, if he eventually wins, he should make roads in Ejigbo his top priority,” Alomah said.

A resident of the community, Afolabi Olaiya, called on the LCDA chairman to give priority to rehabilitation of the roads in the area to make mobility easy. He complained that the sorry state of the roads was damaging vehicles.

“I have lived in Ejigbo for 15 years, and bad roads have been a problem of the area. The condition of the roads, as you rightly observed, is worsening despite the fact that they serve as links to major roads. There is need to rehabilitate them urgently.

“Perhaps the governor should come to the aid of the LCDA and declare a state of emergency on Ifoshi road, Ailegun road by Ronik, Moshalashi Street, Nurudeen Obe Street and other major roads that connect to other communities and fix them. Enough of all the discomfort, we deserve the change that APC promised,” he added.

Another resident of the community, Murphy, who lives along the Oludegun Ailegun (Ronik) road that connects to Bucknor/Ijegun road, told The Guardian that unlike the past chairmen of the LCDA, the incumbent Bello was committed to developing Ejigbo.

He said: “As far back as 1990s, Ejigbo has been known to have bad roads. It got worse during the tenure of the last two chairmen of the council. Ejigbo connects you to Ijegun, Idimu, Isheri Olofin, Ikotun, Isheri Oshun, Egbe and Igando, onward to other areas. This is the reason for the pressure on the NNPC road, Coker Street, Dauda Illo Street and Jubril Olabisi Street roads. It has resulted in heavy traffic. When it rains, the roads become terrible with even SUVs struggling to find a way out, let alone salon cars.”

Mrs. Agnes Ezeoha, a shop owner on Moshalashi Street, said: “The roads (Moshalashi, Nurudeen Obe and even Ile-Iwe) are long over due for rehabilitation. The APC government in power promised us change in 2015, and in 2019 they changed it to next level. A question we can ask is: are these bad roads the next level?”

Brabus Has Placed A Huge Wing On A G-Wagon (PHOTOS)