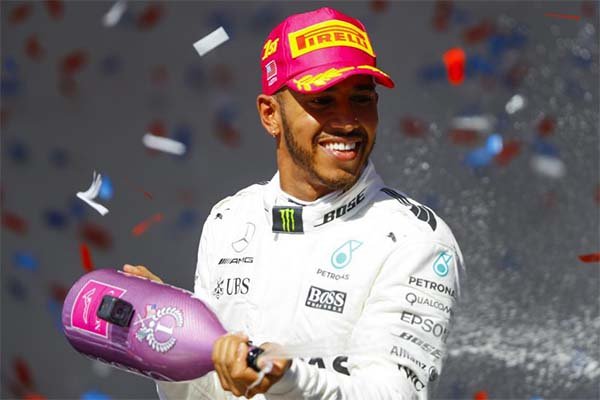 The win, ahead of the Ferraris of Sebastian Vettel and Kimi Räikkönen, allied to a fifth place for Valtteri Bottas also handed Mercedes their fourth Constructors’ Championship crown in a row.

Hard-charging Vettel took the lead into Turn 1 at the start, but when Hamilton grabbed first place with a good overtake of the German on lap six and quickly opened a two-second gap there was little doubt that, barring mechanical issues, the Mercedes driver would cross the line in first place.

After 56 laps, Hamilton crossed the line to take his sixth career US GP win with 10 seconds in hand over the German.

There was more drama at the end of the race as Red Bull Racing’s Max Verstappen was denied a podium finish. The Dutchman was handed a five-second penalty for leaving the track and gaining and advantage when passing Räikkönen for P3 in the last sector of the last lap. Verstappen was demoted to fourth and the Ferrari man took the podium alongside Hamilton and Vettel.