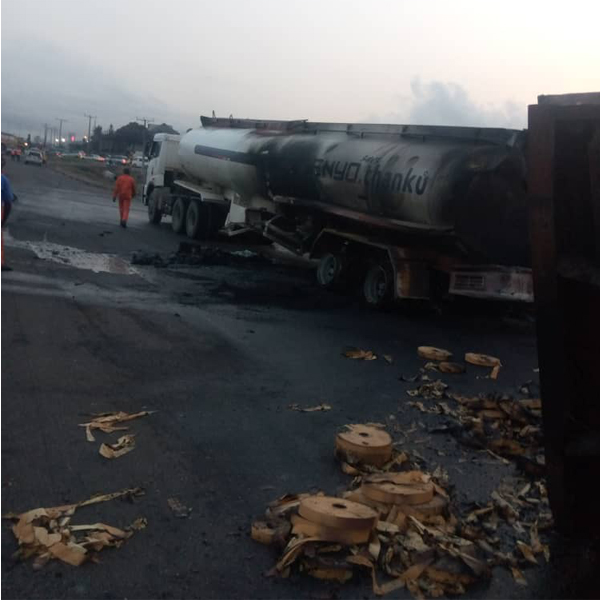 Five vehicles have been involved in an accident overnight at Otedola Bridge inwards Berger Area on the Lagos-Ibadan Expressway.

According to the Lagos State Traffic Management Authority, two tankers, a trailer and two cars were involved in the accident.

A video shared by LASTMA on Twitter shows the trailer collapsed on its side and burning, while one of the tankers involved in the accident was only burnt on its rear side.

The video was captioned: “An overnight multiple accidents at Otedola bridge inwards Berger, involving 2 tankers, a trailer and 2 cars, while @LAG_FireService, @followlasema, @PoliceNG and @followlastma are on ground for evacuation.

“It is affecting traffic backwards Motorway-7up to Alapere presently. Motorists are advised to use CMD Rd, 7up area to link Olowopo and Gbagada respectively.” 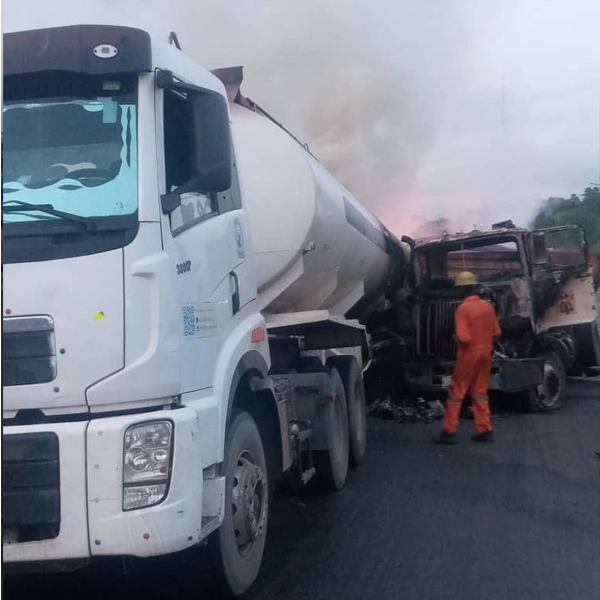 Meanwhile, the Lagos State Fire and Rescue Service has revealed that the fire caused by the accidents has been put out.

The Service, however, contradicted LASTMA on the number of vehicles involved in the accident.

“The Fire involving Seven Vehicles at the Otedola Bridge area has been doused by @LagosRescue
as mop-up is being concluded now with @lasemasocial,” the Service said on Twitter. 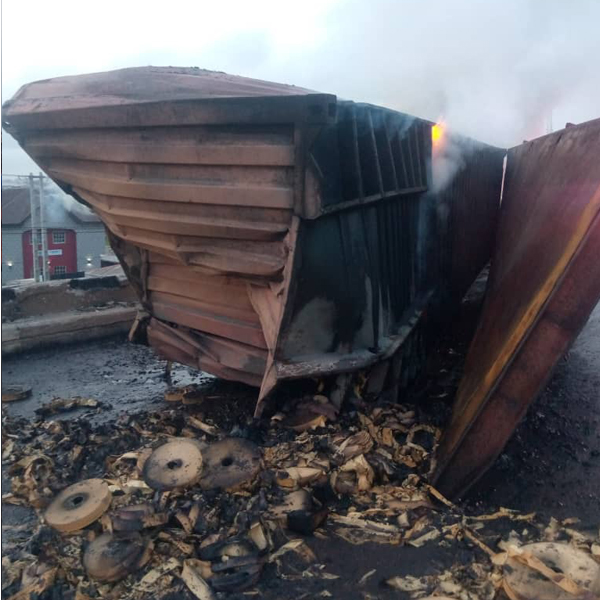 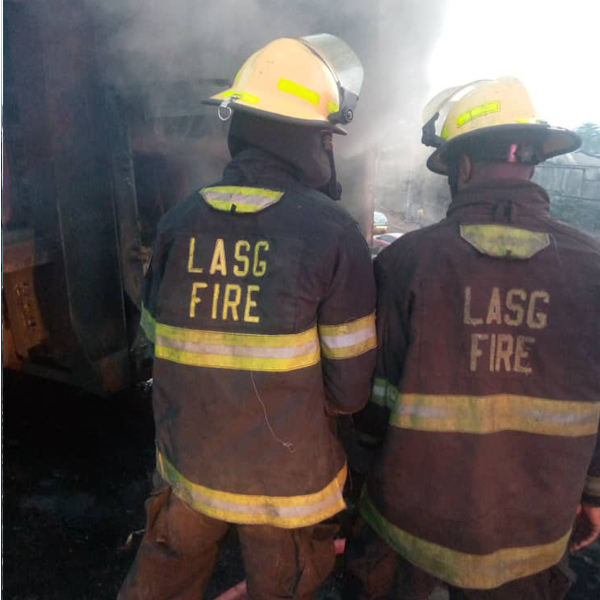