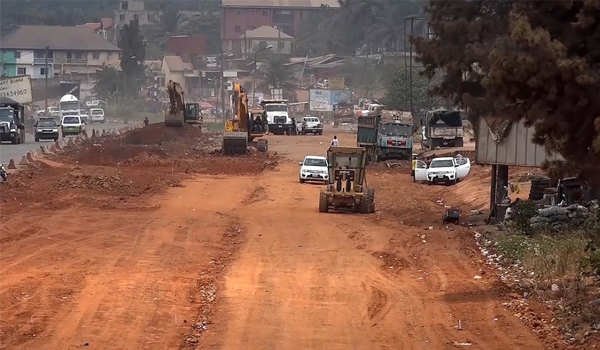 The Federal Government has condemned what it called the reckless use of the uncompleted Onitsha-Enugu Expressway by motorists.

As a consequence, the Federal Road Safety Corps has said it will start arresting and prosecuting offenders without further delay.

The Controller, Federal Works in charge of Anambra State, Adeyemo Ajani, conducted men of the FRSC round the road on Saturday. He said the road was opened on December 16, 2020 to decongest traffic during the Yuletide, adding that it was still under construction.

Ajani said, “This road is still under construction, the government opened it to allow free flow of traffic during the festival period.

“The barrier they are talking about is not blocking any thing or causing obstruction. We will mark the lane after the competition of the road

“The barricade is to channelize traffic in and outside the lane. This road is a two lane and not three lane, the other one is the shoulder of the lane”. Onitsha-Enugu Expressway

On the Amawbia diversion by motorists, Ajani warned that they were obstructing free movement. According to him, it could cause accidents at any time.

“They should desist from turning at Anawbia junction and joining the Enugu lane of the expressway, it is dangerous.”

The state Deputy Sector Commander and Head of Operations, Joseph Abuo, told reporters that his men would start arresting and prosecuting offenders from now on the road. Onitsha-Enugu Expressway

He maintained that the road was still under construction. He added that his men would be positioned at those strategic points to effect the arrest.