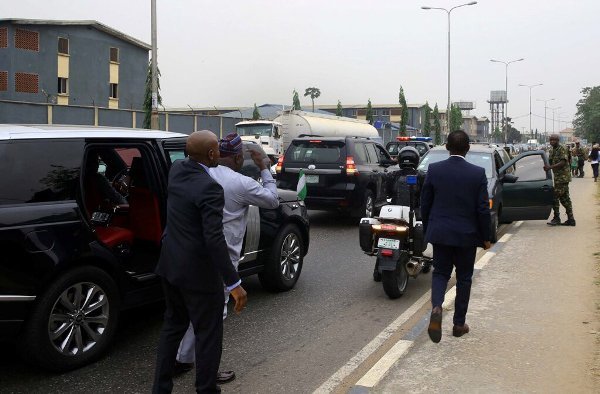 He was driving in his Toyota Sienna when the governor caught him. In the pictures, governor Ambode stepped down from his Range Rover Sentinel to apprehend the man in question.

Is he going to face 3 years in jail as stated in the recent Lagos traffic law?

You may also like: Traffic Offenders In Lagos To Get 3 Years Imprisonment For Breaking Traffic Laws 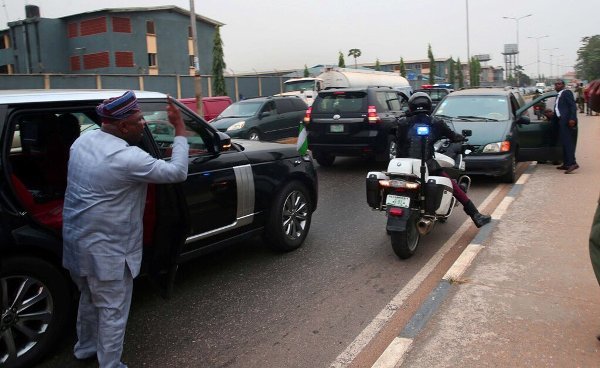 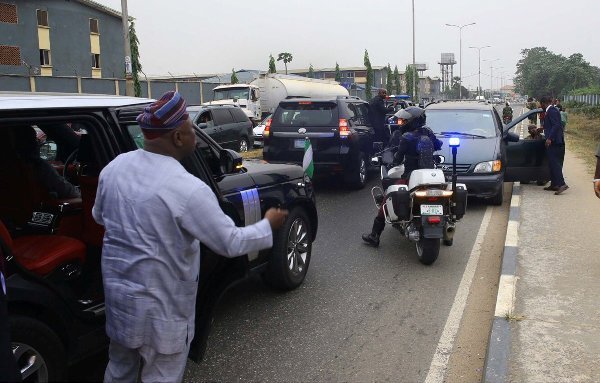 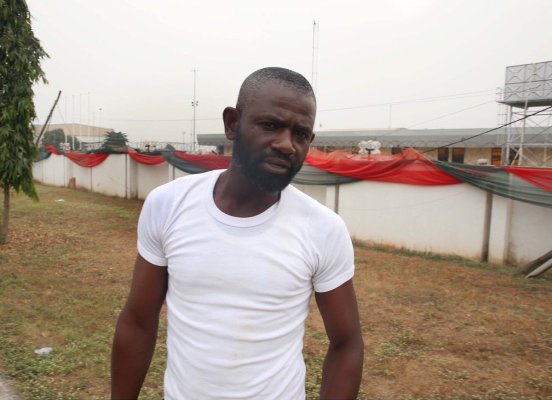 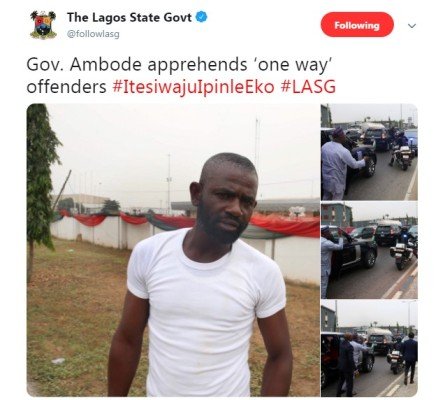 Truck Loaded With Empty Crates Of Beer Hits Container And This Happened At Onipanu, Lagos (Photos)