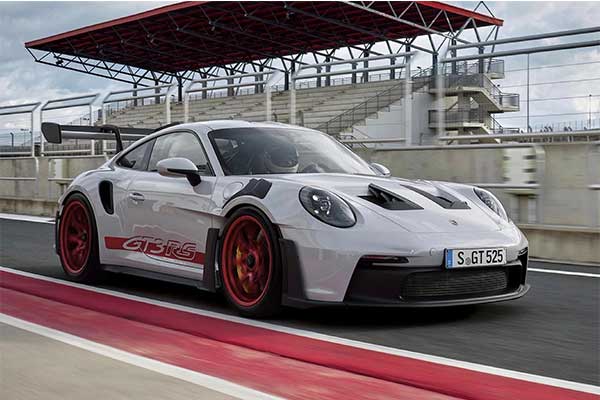 The new Porsche 911 GT3 RS has been officially revealed as a hardcore, motorsport-inspired range-topper, which, the German car maker says, is the “most track-focused and aerodynamically optimised” 911 ever.

As with previous RS models, the 992-generation GT3 RS adds downforce and reduces weight to improve lap times. Engineers incorporated lessons learned from the 911 GT3 R race car, including a single large, angled radiator in the car’s nose, replacing the previous three-radiator setup. This frees up space for more elaborate aero elements on the sides of the car, Porsche said in a statement.

Porsche says the GT3 RS will reach 62 mph (100 kph) in 3.2 seconds, and 60 mph in 3.0. It can reach a top track speed of 184 mph (296 kph). Stopping power comes from the six-piston front and four-piston rear brakes, with the automaker offering its larger Porsche Ceramic Composite Brake system as an option. Staggered 20- and 21-inch forged light-alloy centre-lock wheels connect the car to the ground.

Stopping is handled by 6-piston monobloc callipers, with larger piston diameters than the standard GT3, as well as thicker rotors. Carbon-ceramic brakes are available as an option. The GT3 RS also gets Normal, Sport, and Track drive modes, which can adjust everything from compression damping for the front and rear axles to the rear differential.

The 911 GT3 RS keeps its weight down thanks to the extensive use of Carbon Fiber Reinforced Plastic (CFRP). It helps the car weigh just 3,268 lbs. (1,482 kg), and Porsche uses it for the doors, front wings, bucket seats, and more.

The Porsche  GT3 RS is already available for order now with sales expected to start early next year at the most. 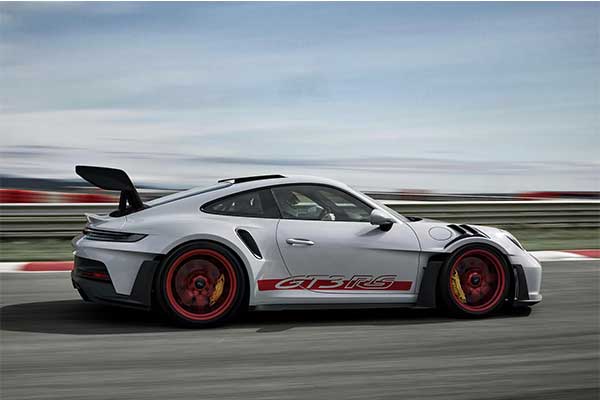 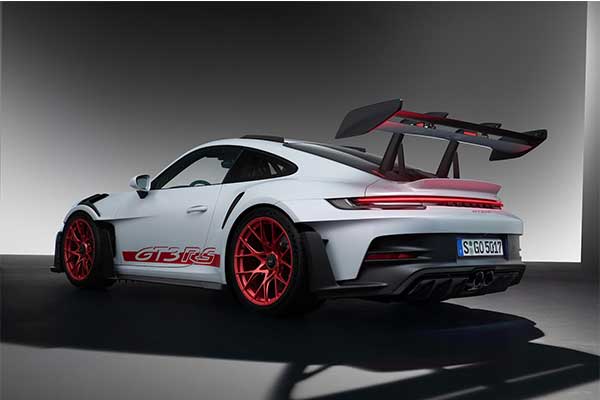 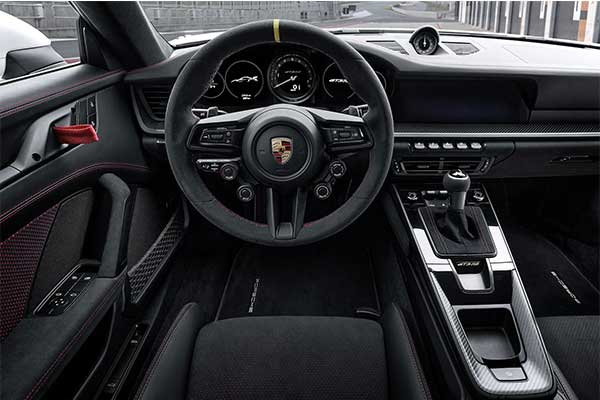 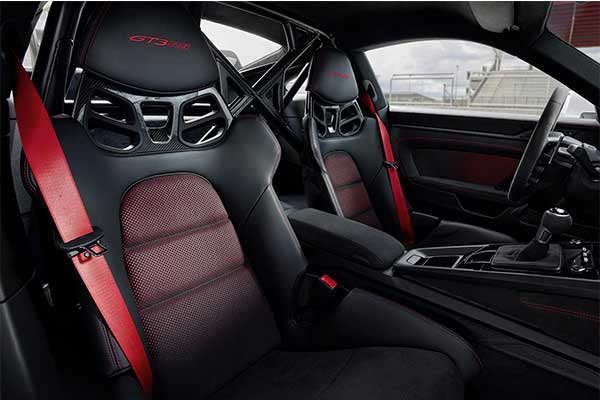