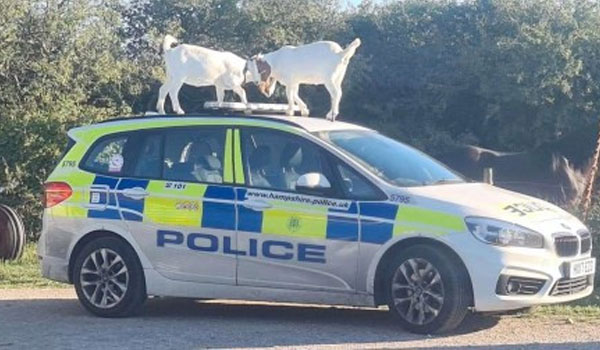 The UK police have commenced a “manhunt” for two goats.

Officers on the Isle of Wight are appealing for witnesses after the delinquent goats hijacked a police car in broad daylight.

In the words of the Isle of White police officers, they are in the hunt for some badly behaved ‘kids’ who damaged their vehicle and are appealing for witnesses.

The two goats were pictured standing atop the vehicle near Newport on Wednesday afternoon.

The Police were called to the area after an unexploded bomb from World War II was discovered. The police called the Royal Navy Explosives Team, travelled from Portsmouth to help destroy the unexploded bomb.

The officers, after detonating the bomb then returned to their car only to find their car damaged by the ‘hooligans’.

The police are now asking if anyone can recognize the goats from the picture. 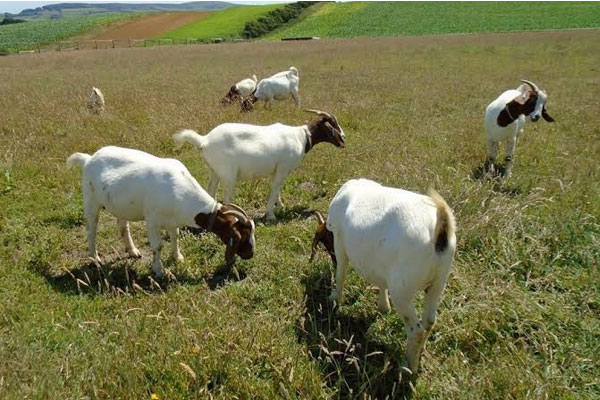 A police statement published in the police department’s official Facebook page said: ‘In a field on the outskirts of Newport what turned out to be an unexploded mortar from the second world war was discovered that needed making safe.

‘Our colleagues from the Royal Navy Explosives Team came across and ‘made it safe’. UK Police

‘Unfortunately whilst there a couple of “kids” caused damage to one of our police vehicles. If you recognise the offenders from the photo please let us know…’

The witness appeal delighted many Isle of Wight residents on social media, with more than 2,500 liking the post.

One person wrote: ‘This sort of mindless behaviour really gets my goat’.

Another said: ‘Just don’t make them out to be scapegoats’. It comes after a group of mountain goats defied lockdown rules to take over a quiet North Wales town in March.

8 Driving Requirements For Tourists And Visitors In Nigeria