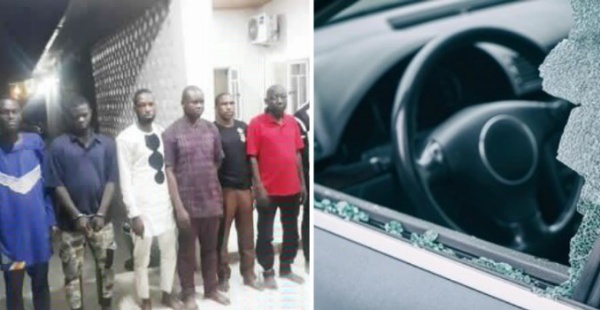 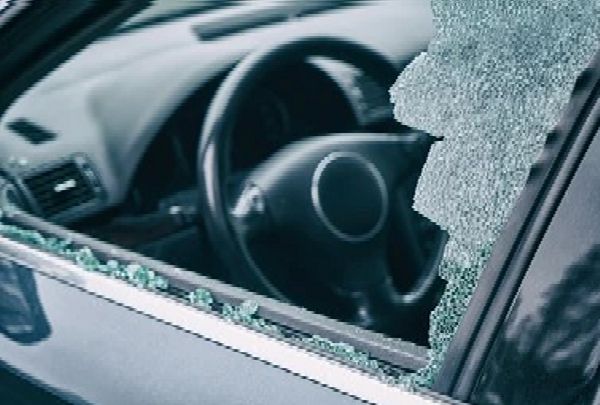 A suspected robber, Kudus Yunus, has been arrested by the police for allegedly carjacking about seven vehicles in different parts of Lagos State.

One Abudulahi Mohammed and Nasiru Mohammed, accused of receiving some of the stolen cars, were also nabbed by operatives of the Inspector-General of Police Intelligence Response Team.

Yunus reportedly specialised in carjacking Toyota Corolla cars at gunpoint and had operated in areas such as Palmgroove, Yaba and Festac Town.

Police alleged that Oyeniyi assisted in forging the Customs duty papers and chassis numbers of the stolen cars.

City Round learnt that the detectives tracked down Yunus after one of his victims, Odusoya Oluwadare, reported that the suspect robbed him of his Toyota Corolla with the number plate EPE 627 GE, a sum of N150,000 and a wristwatch on St. Finbarr College Road, Yaba, around 11.30pm on December 14, 2020.

It was gathered that Yunus led the operatives to the Alakija area of the state where Abdullahi and Nasiru were picked up.

Yunus, 28, explained that he went into armed robbery out of frustration as he could not fend for his wife and children after two motorcycles he used for commercial purposes were seized successively by policemen attached to the Lagos State Task Force.

The father of three said he started with phone snatching in 2017 and graduated to carjacking with the help of one Emma Peter but was arrested in 2018 by men of the Rapid Response Squad and charged. 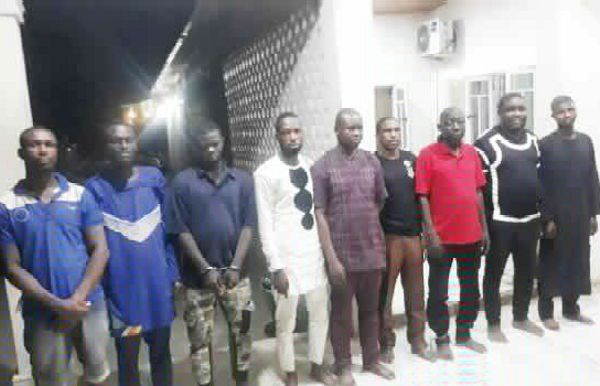 “I would spot a vehicle and follow it to wherever it stopped. Then I would point my gun at the owner and rob him of the car. Emma Peter linked me to one Ibrahim, who was my bike man.

We robbed the first Toyota Corolla in Festac Town. I sold the car to one Isiaku who came all the way from Sokoto State for N300,000.

“I also snatched another Corolla at Festac Town and sold it to one Musa for N250,000. After I was released from prison in 2020, I went back into robbery and stole two more Toyota Corolla cars at Stadium Road and Onipanu areas of the state.

“I sold them to one Ajala who I met in Ikoyi Prison. I also stole two other cars from Palmgroove and Adekunle areas of Lagos State and sold them to Nasiru and Abudullahi for N250,000 and N320,000 respectively.

I had decided to quit the ‘job’ because my wife was complaining and threatened to divorce me when I was arrested.”

Nasiru, 36, said his friend, Abdullahi, persuaded him to buying stolen cars; adding that he sold the two he bought from Yunus to Abdulbasit and one Ibrahim for N850,000 and N600,000 respectively.

“I am a dismissed soldier and have been impersonating a serving army lieutenant. Abudullahi is my friend and partner and we usually share the profits from the sold cars.”

Abdulbasit, 41, admitted buying the stolen car from Nasiru while also helping him to falsify Customs duty documents and chassis numbers at the rate of N120,000 per car.

“I gave the stolen car to Tony (Nwadia) to help sell it at his car mart in Festac Town.”

But Nwadia said he was not aware that a car Abdulbasit brought to his facility was stolen, as it had a purported Customs paper.

“He told me that the importer is a trader at Ladipo Market. I believed him and allowed him to place the car in my stand.”

Narrating how he falsified the documents, Johnson Oyeniyi, 33, said, “I am a Customs licensed clearing agent. I use the photocopies of the original papers to create the fake ones.

I charge N10,000 per car but the one that got me into trouble was brought to me by Kazeem (Aluko). I didn’t know that the vehicles were stolen. I thought they were smuggled.”

Aluko, 36, said he took three vehicles to Oyeniyi on the instruction of Abdulbasit, claiming that he did not know the cars were stolen.