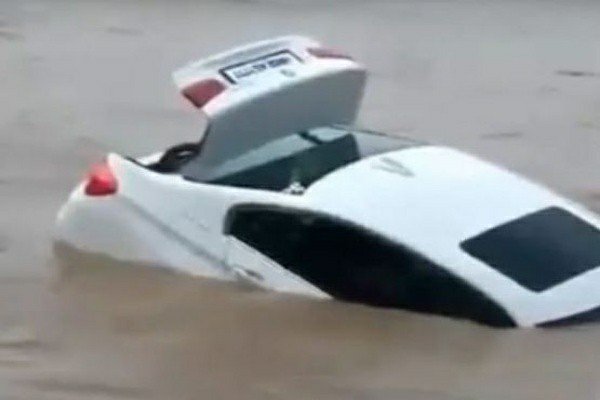 A 22-year-old Indian man, apparently unhappy he didn’t receive a new Jaguar from his parents, pushed his brand-new BMW birthday-gift into a nearby river.

Police said the man, identified only as Akash, allegedly drove the vehicle to the bank of the river and let it slide into the water.

Police said in a statement that :

“He deliberately pushed (the) luxury vehicle BMW into the river.”

“When the youth was plunging the high-end BMW car into the river, he also made a video and put it on social media”

No charges have been field against Akash, who they claim has a mental deficiency and is undergoing treatment.