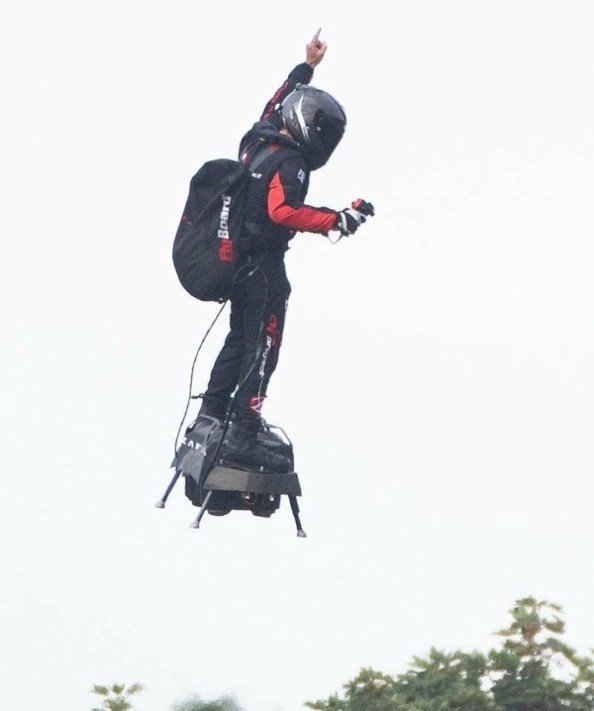 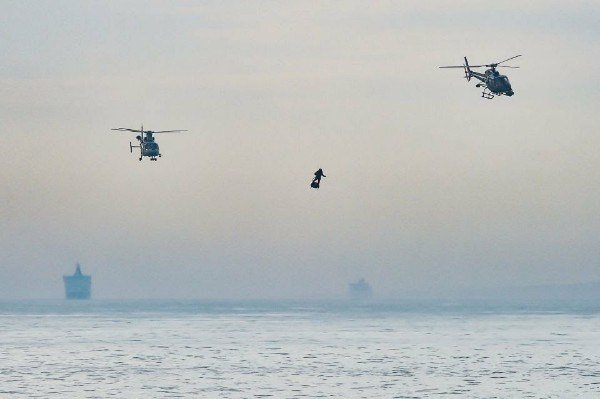 After successfully flying across the 22 mile English Channel on a jet-powered hoverboard a week ago, French inventor, Franky Zapata is now focusing his attention on his next project—a flying car that he says will debut by the end of the year.

He told France’s BFMTV that :

“I have my flying car to finish, it has to come out before the end of the year, so we’ll come home, take a little vacation, and then, with the whole team, get back on track”

According to Zapata, the flying car’s chassis is already complete, with paint and bodywork scheduled for the coming days. He is also waiting for flight approval from French Civil Aviation Authority.

Zapata says his company, Rove, has already completed some flight tested the flying car at an unspecified racetrack in the south of France.

He also said a production version with 10 engines will be tested very soon — which will be able to carry more weight while going faster.

“The base of the flying car has already flown but in version four (jet) engines,”

“The version with ten engines will fly in the days to follow.”

The 40 year old inventor says the flying car will be able to cruise between 190 and 250 mph, and will have enough fuel onboard to cover up to 70 miles, or about the distance from Lagos to Ibadan.

His ₦90 million jet-powered flyboard, which is about the size of a tea tray, is powered by five small jet engines and fuelled by kerosene which is kept in the rider’s backpack.

Indian Man, Who Wanted A Jaguar, Pushes Brand-new BMW Birthday-gift Into A River