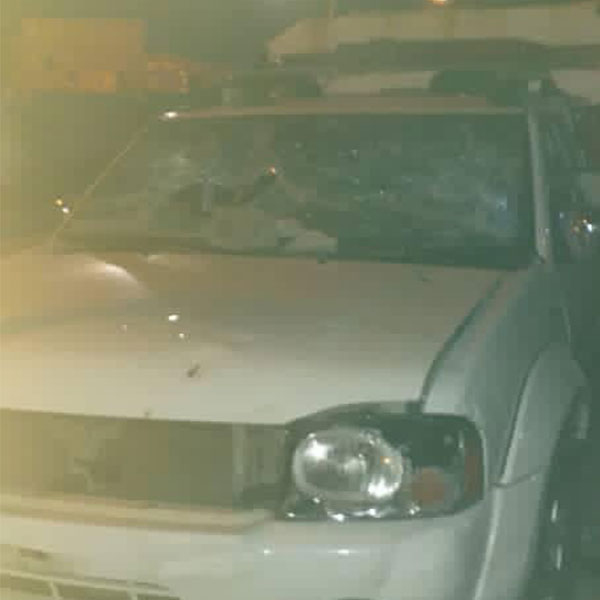 Hoodlums, led by Mr. Taofeek aka Tao attack members of the Presidential Task Force to establish their Illegal activity of passing trucks without authorization.

Yet to be established number of hoodlums have attacked members of the Presidential Task Force and truck drivers at the Tin Can Port second gate.

The hoodlums, led by Mr. Taofeek popularly known as Tao, prevented the Presidential Task Force from putting a stop to their illegal activity of passing trucks without authorization.

Reports affirmed that the Presidential Task Force had successfully cleared the road for free movement of trucks into and out of the port. However, this was unacceptable to the hoodlums who had hitherto constituted themselves into the lord and master of the road.

During the altercation, the hoodlums threw stones and sticks in a bid to chase members of the Presidential Task Force away from the road. They attempted to burn the police patrol vehicle but were unsuccessful. They later vandalized the vehicle. Following the attack, the Presidential Task Force, including the civilian members, withdrew from the area. The withdrawal was without responding to the attack and provocation by the hoodlums.

Throughout the confrontation, the Team Leader, SP Femi Iwasokun prevailed on his men. This is to calm the situation and directed them to withdraw from the scene in an orderly manner.

There was no shooting of bullets or teargas and there was no fatality. While it is true that several people sustained injuries, none was life threatening or fatal.

We Are Buying Locally Assembled Cars Rather Than Imported Foreign Ones, Pres. Buhari Promises