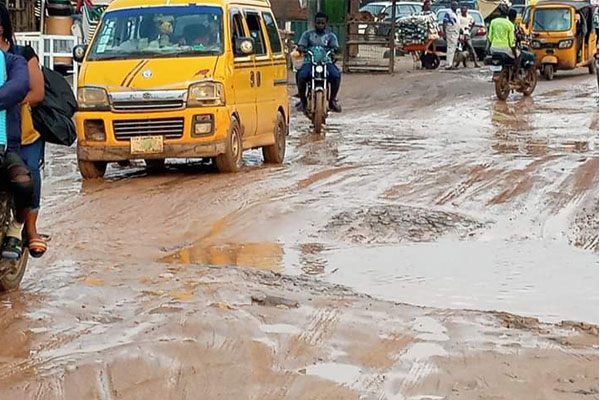 Residents of the Ikorodu area of Lagos are bemoaning the state of disrepair of the Igbogbo-Bayeku Road. The road links two major communities as well as many other lesser-known ones in the area.

Motorists and other commuters, as well as those living or doing business in the area, are full of lamentations.

With over a million residents living in each of the two major communities, the road is in terrible shape, especially in areas such as Banjoko, Oreta, Offin, Agunfoye, Unity, Macaulay, Bayeku Road, Igbogbo, Community, Selewu, Lajo, Fashola Estate Road and many others. 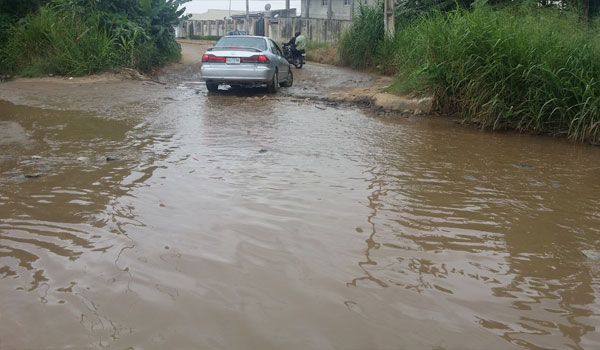 Commercial bus drivers have relocated from the area in their numbers, just as many shop owners have also abandoned their shops. Residents are also devastated over the deplorable state of the road, as they find it very difficult to go out in their vehicles.

A commercial driver, Saheed Alade, said he had to change his route to Ebute Road. He lampooned the chairman of the local council development area (LCDA) who he said demolished the park for road transport workers. He said the fares were increased because of the bad roads in the area.

In his reaction, Chairman of Igbogbo/Bayeku LCDA, Comrade Olusesan Daini, said the road could not be repaired by the LCDA but the state.

“To upgrade the road is far above the capability of the local government. The state government has decided to take it up and they are seriously working on it. In the last two years, I have done so many palliatives on the road and the reason why it doesn’t last is because people have built on natural waterways. People have built houses and shops on these places so the water does not have anywhere to flow to then it comes back to the road and that’s the reason we have these bad roads.

“Now, for that road to be constructed to last long, some houses must go. These houses are the ones built without government approval and the houses that will be demolished are the ones built on places that water is supposed to flow through.”

He stated that the state government had started doing a major drainage construction in some areas, noting that the drainage is built to channel water down to the original canal.

“The road has the attention of the state government, but the people who complain are those who have built on places they should not build on. The state government has started working, houses that are encroaching have been marked and the drainages are being built. You know these things take time and people will have to be given time to move before anything can be done. So we are taking all these into consideration,” he said.