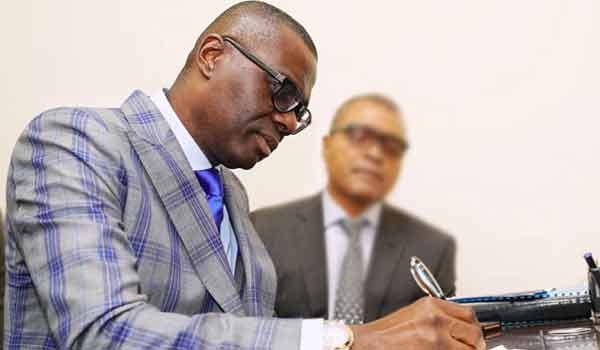 Sanwo-Olu made the remark on Friday while commissioning the upgraded/rehabilitated network of roads in Ikoyi-Obalende Local Council Development Area which are: Thompson Avenue, Milverton Road, Mac Donalds and Lateef Jakande roads.

Speaking on the ocassion, Sanwo-Olu, recalled that at the inception of his administration, he conducted an audit of the road infrastructure in the state because they knew that roads are the critical infrastructure on which almost all other activities depended.

According to the governor: “We were mindful of the fact that improved access across the State would lead to increased productivity.

“The report of this audit revealed that many of the roads in our urban centers needed to be upgraded and this explained the slow vehicular and sometimes slow pedestrian movement being experienced by the people.

“The resultant effect was a loss of man-hours and a slowdown of the economy. This was totally unacceptable and inimical to our Greater Lagos and 21st Century Economy Vision.

“In consideration of the economic importance of Ikoyi as the real estate hub of Lagos and to address the perennial flooding issues peculiar to the axis, we formally flagged off a regeneration initiative comprising infrastructural renewal and upgrade/rehabilitation of road and drainage projects in July, 2020. ‘’

Sanwo-Olu stressed that, apart from addressing perennial flooding, the initiative was targeted at re-engineering the designated roads to improve traffic flow and network efficiency.

He continued: “Today, the completion and formal commissioning of these rehabilitated and upgraded roads (Lateef Jakande/MacDonald, Milverton and Thompson Avenue) is a testament to our determination to keep improving the living conditions of our people through well-thought-out policies and programmes.

“My administration is cognizant of the fact that strategic investment in infrastructure is the foundation for long-term growth, and the provision of adequate road infrastructure will generate a strong economic base for improved productivity and standard of living.

“As you can see, our effort to relocate some trees around Ikoyi was not to de-green Ikoyi but to systematically ensure the sustenance of development efforts such as road pavement and ancillary infrastructure development.’’ 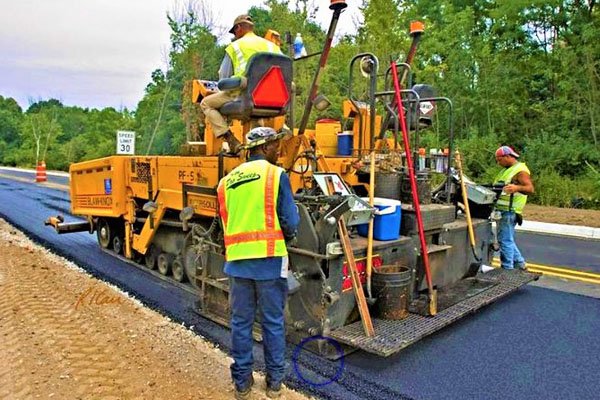 Sanwo-Olu therefore, appealed to members of the residents association to see the bigger picture and the need to prioritize the urban renewal and flood control initiative in Ikoyi.

While urging the residents to take ownership of the projects, he said, ‘’I urge you to refrain from any act that may undermine the durability of these roads. There are several infrastructural projects competing for taxpayers’ money, and we all have the joint responsibility of optimizing resources and protecting our infrastructure.’’

The road network, which was in a deplorable state, is a strategic/major link within the heart of Ikoyi that helps in the redistribution of traffic thereby ensuring seamless and continuous flow of traffic within the neighbourhood.

All of these roads were constructed with interlocking stones with provision of street lights, lane markings, service ducts, drainages, laybys, walkways and traffic signalization.

Total length of all the roads is 3.75 kilometers.

Lagos, Abuja airports, others to be concessioned by August