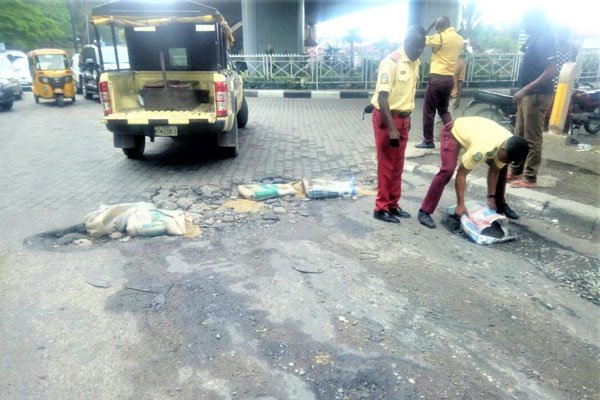 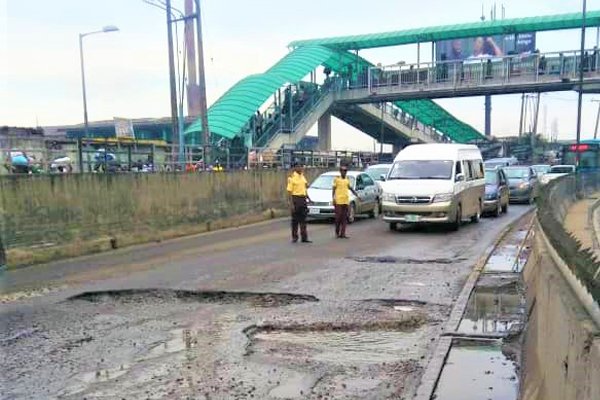 Roads in Lagos state are notorious for potholes. This makes driving in the state not so convenient.

Potholes are responsible for many auto crashes and traffic gridlocks in the state.

However, there is an agency of the Lagos state government whose responsibility it is – among other functions – to ensure that roads are potholes-free. That agency is the Lagos State Public Works Corporation (LSPWC).

Principally, the LSPWC was formed with the aim of handling public works such as road rehabilitation and construction with more aggression and with emphasis on Direct Labour approach.

Sadly, the impact of the LSPWC has hardly been felt in recent years. 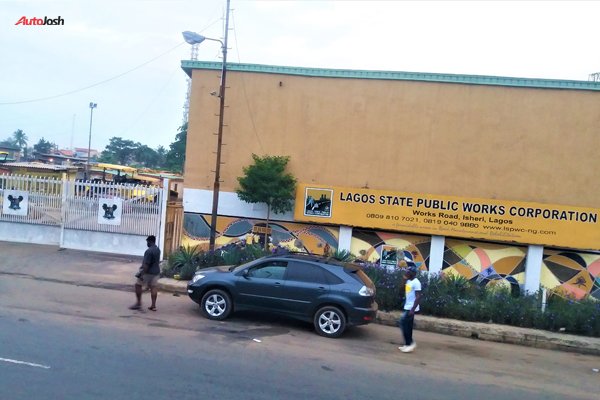 Many roads in Lagos state have deteriorated to a shameful state. Most of them are riddled with potholes that keep expanding in width and depth.

However, there is an interesting trend on roads in Lagos these days.

It is now becoming a common sight to see officials of LASTMA carrying out road repairs, sometimes from their personal funds.

Or has LASTMA now been mandated to carry out road repairs? 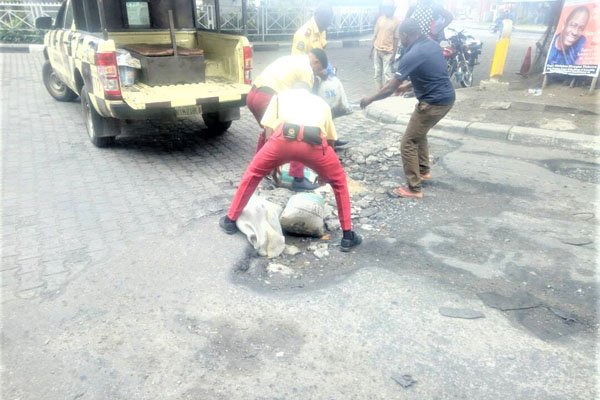 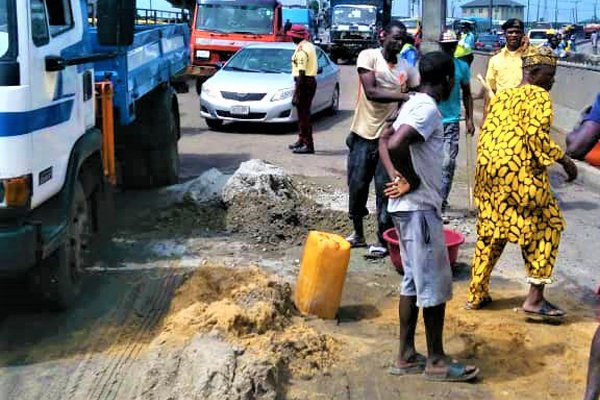 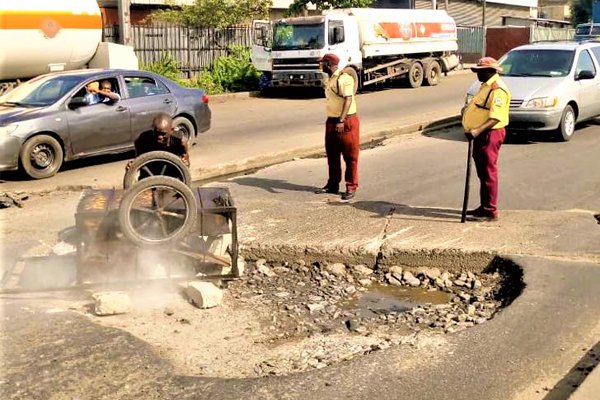 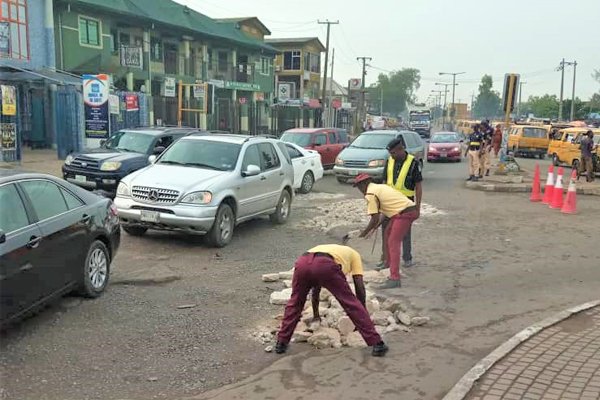