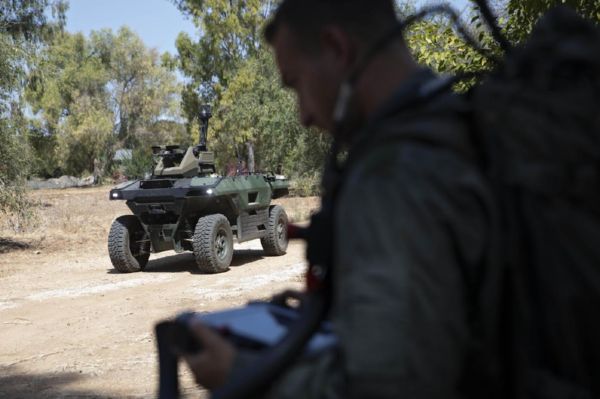 The “REX MKII” has can patrol battle zones, track infiltrators and execute remote attacks against threats.

Israeli currently use a smaller unmanned version called “Jaguar” to patrol its border with the Gaza Strip. 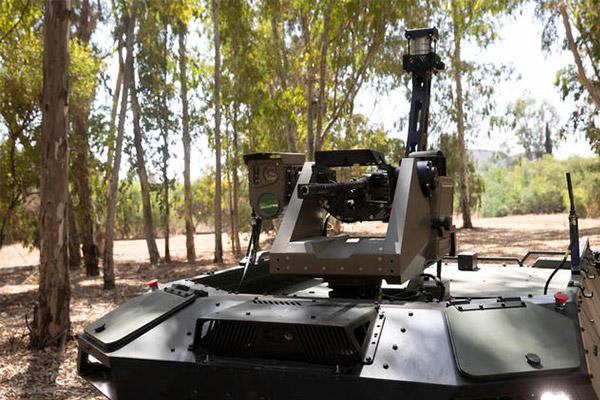 Israel’s state-owned Israel Aerospace Industries (IAI) has unveiled a remote-controlled armed robot for the purpose of keeping troops out of harm’s way during ground missions.

The “REX MKII” unmanned vehicle has the capabilities to patrol battle zones, assist in evacuation efforts, track infiltrators and execute remote attacks against threats, according to IAI. 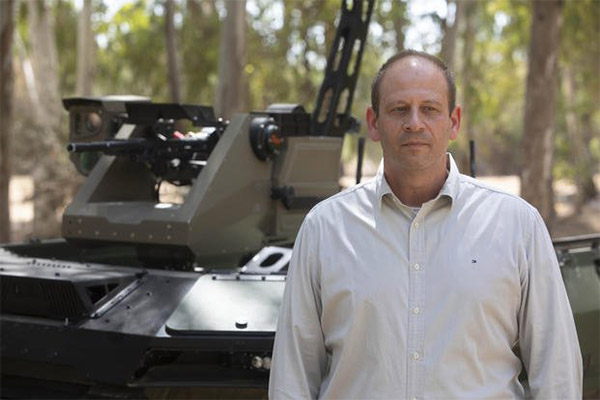 The semi-autonomous machine was unveiled at DSEI 2021 in London, which claims to be the world’s largest gathering of the defense and security community.

Rani Avni, deputy head of the company’s autonomous systems division, said that the robot is operated by an electronic tablet and can be equipped with two machine guns, cameras, and sensors.

The robot is reportedly the most advanced so far developed by IAI subsidiary ELTA Systems over the past 15 years. 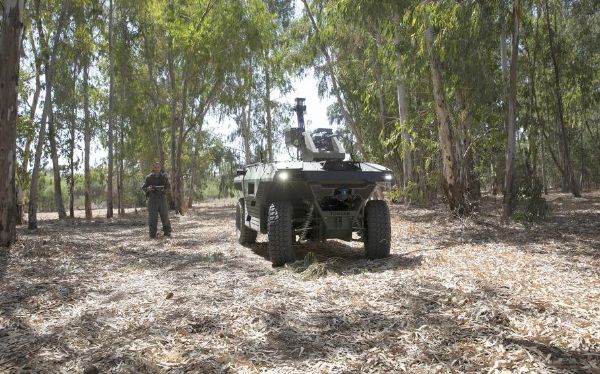 “The need to support ground forces in the field to carry out various missions while minimizing threats to soldiers’ lives is at the heart of our values here at Israel Aerospace Industries,” Zvika Yarom, general manager of IAI’s Land Division, said.

The Israeli military is currently using a similar but smaller unmanned platform called the “Jaguar” to patrol the border with the Gaza Strip.

Related Topics:IAIIsrael-Aerospace-IndustriesisraeliREX_MKIIREX-MKIIunmanned vehicle
Up Next